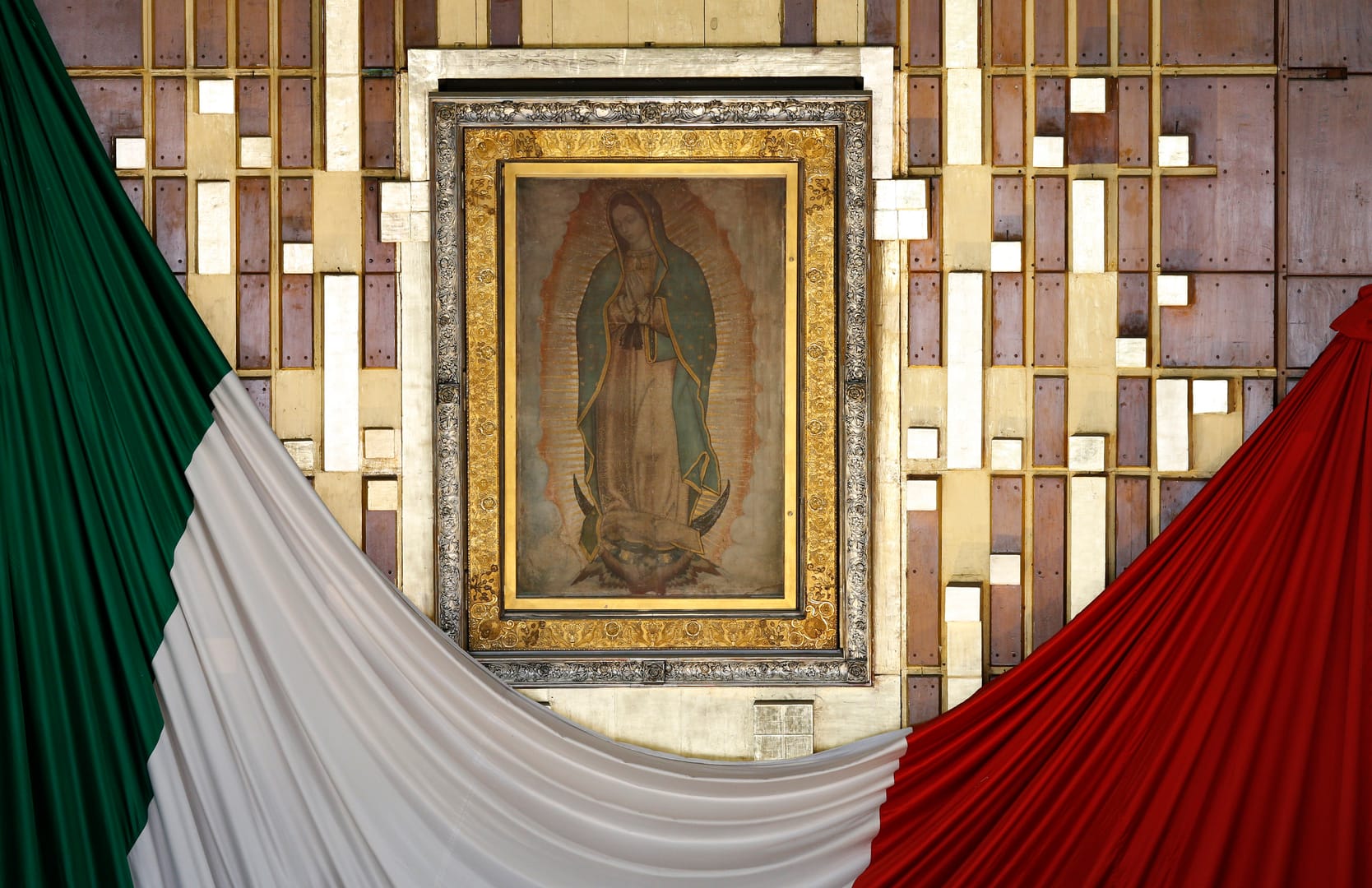 In Latin America, New Year opens with hopes for peace but realities of extortion

ROSARIO, Argentina – Across Latin America, 2022 began with Catholic bishops taking both the initiative in calling for peace, dignified work opportunities and intergenerational dialogue, but also under the external blows ranging from scams by extortion in Mexico to a faltering peace process in Colombia.

CELAM marks the new year by calling for intergenerational dialogue

Archbishop Miguel Cabrejos de Trujillo in Peru and president of the Latin American Bishops’ Conference (Celam), declared in his New Year’s message to the Church in the region that â€œthe experience of dialogue has strongly marked our Church in Latin America and the Caribbean â€.

On behalf of the bishops of the continent, Cabrejos echoed Pope Francis’ message on the occasion of the 55th World Day of Peace, in which he “calls us to redouble our efforts to promote intergenerational dialogue, to ensure an education quality and achieve decent work â€.

Cabrejos highlighted the experience of dialogue in the Church at the continental level, citing as an example the November Ecclesial Assembly of Latin America and the Caribbean. He defined it as â€œa point of reference for the Synod on Synodality, which is already in its listening phase all over the worldâ€.

He also underlined the need to â€œput our listening experience at the service of intergenerational dialogue, to trace paths of peace that integrate the concerns and proposals of different communities and cultures, where ancestral knowledge is linked to the concerns of new generations. to build a common agenda that responds to the most pressing issues.

In Mexico, the Church in the face of extortion

According to the country’s Centro CatÃ³lico Multimedial (CCM), the year 2021 saw 79 attacks on members of the Catholic Church in Mexico, including three murdered priests. The center, which tracks religious freedom in a country historically dangerous for clerics and priests, found that during the coronavirus pandemic, extortion requests against Catholic priests, often transmitted via social media, also increased by exponentially.

The centre’s 2021 â€œAnnual Report on the Situation of the Catholic Churchâ€ found that Masses and parish activities held remotely due to pandemic restrictions have opened the door to new forms of extortion against bishops, priests and other evangelistic agents.

The report revealed that this extortion is concentrated in Mexico City, Chihuahua, Veracruz, Guerrero and MichoacÃ¡n, the latter two states with a strong presence of organized crime. Historically, just like in Colombia, priests in Mexico have been the target of organized crime, seen by drug lords as the last line of defense for young people they wish to enlist in criminal enterprises.

The Tik Tok social media platform was the most popular place to extort clergy, often presenting bullying messages and demands for money, according to the report. The authorities’ reluctance to act on these threats led most priests to decline to report them, the report said, with elderly priests often being the most vulnerable.

Another common modus operandi has been to send messages asking priests for money or other resource via Whatsapp, with death threats, robberies, church riots or manufacturing scandals used to motivate a response. positive.

In December 2021, the Secretary General of the Mexican Episcopal Conference, Bishop RamÃ³n Castro Castro, warned that â€œfor months now in several dioceses of our country there have been cases of extortion with different modus operandi directed against our priests , religious and parishioners. We are concerned that these events are happening more and more frequently, so we invite you to let your community know so that they do not let themselves be fooled â€.

In turn, Auxiliary Bishop Alfonso G. Miranda Guardiola of Monterrey denounced on Twitter the extortion attempts using his name: â€œExtortion attempts continue in the church: diocese and curia. Please be vigilant and report it, â€he warned.

Bishop JosÃ© Acosta BeltrÃ¡n de Huejutla was forced to turn to social media after messages circulated in his diocese asking for money to cover the expenses of sick priests. â€œWe didn’t need to ask for any support,â€ BeltrÃ¡n wrote, denouncing the requests as a scam.

Honduras, the bishops take ownership of the reconstruction

In their Christmas and New Year’s message, the bishops of Honduras asked all people of good will to assume “the serious and responsible commitment for the reconstruction that our country so badly needs, which is an authentic peace process. “.

Presenting Christmas as a time of “peace and hope”, the prelates wrote that through the birth of Christ “God enveloped us with his love, so that we may learn to love one another in the same way. “, Therefore” this experience of love must lead us to build just and fraternal social relations; in this way, we can work together, with genuine commitment and a spirit of solidarity, to make Honduras the nation we deserve and need.

â€œThis Christmas should be a sign of hope for everyone for something new, for the year that is about to begin,â€ they wrote. â€œLet us give God a place in our life and in our family life, and do not repeat what happened in Bethlehem, where there was no place for Jesus anywhere. “

Colombia, always at work for peace

â€œWe are starting the year 2022 and we want to live it in peace, men and women who work for peace,â€ wrote Archbishop Luis JosÃ© Rueda of Bogota, president of the Colombian Bishops’ Conference, in his New Year’s message.

Education for peace, service and fraternity is required, argued the prelate, as well as the possibility of work, expressing his wish that “all men and women have a decent job and that the workplace is a realization of fraternity and solidarity. “

Regarding intergenerational dialogue, he mentioned that children, young people and adults “must live the culture of listening, meeting and dialogue so that there is true peace in Christ Jesus, the Lord” .

He also called on all Colombians to use these tools and â€œtake them as theirs in building peaceâ€.

In 2016, the world hailed the peace accords that saw Latin America’s most formidable guerrilla group lay down their arms to end a devastating nearly six-decade conflict in Colombia. But five years later, peace remains fragile and violence endemic. The peace agreement between the government and the FARC has considerably slowed the national homicide rate: on average, 3,000 people have been killed each year during the five decades of the conflict. In 2012, when the peace talks began, 12,000 people were murdered. In the following years, the number fell to 9,000, only to skyrocket in 2021: in the first nine months, 10,500 people were violently killed.

In Argentina, the bishops call for a meeting

Bishop Oscar Vicente Ojea de San Isidro, president of the Argentine Bishops’ Conference, said in his New Year’s message that â€œthe Church celebrates the new year with a birth, celebrating the octave of Christmas: Christ is among us through the Virgin who is the dawn of our salvation.

â€œLife is lost if it is not given, as Jesus says in the Gospel,â€ Ojea said. â€œLet us therefore celebrate this wonderful event of the birth of Jesus, the mission of the Church is that Jesus be known, that each one configures himself with Jesus and at the same time finds his way; to enjoy life is to be able to live for this meeting which makes us grow â€, he declared.

Although the prelate did not go into details, the “uncertainty” he mentions may be a reference both to the COVID-19 pandemic, with record positive cases in recent days in Argentina, and to the apparently permanent economic crisis of the country, with an annual inflation rate of 50 percent and half of the population living below the poverty line.

Christians urged to avoid “praying for me” in 2022