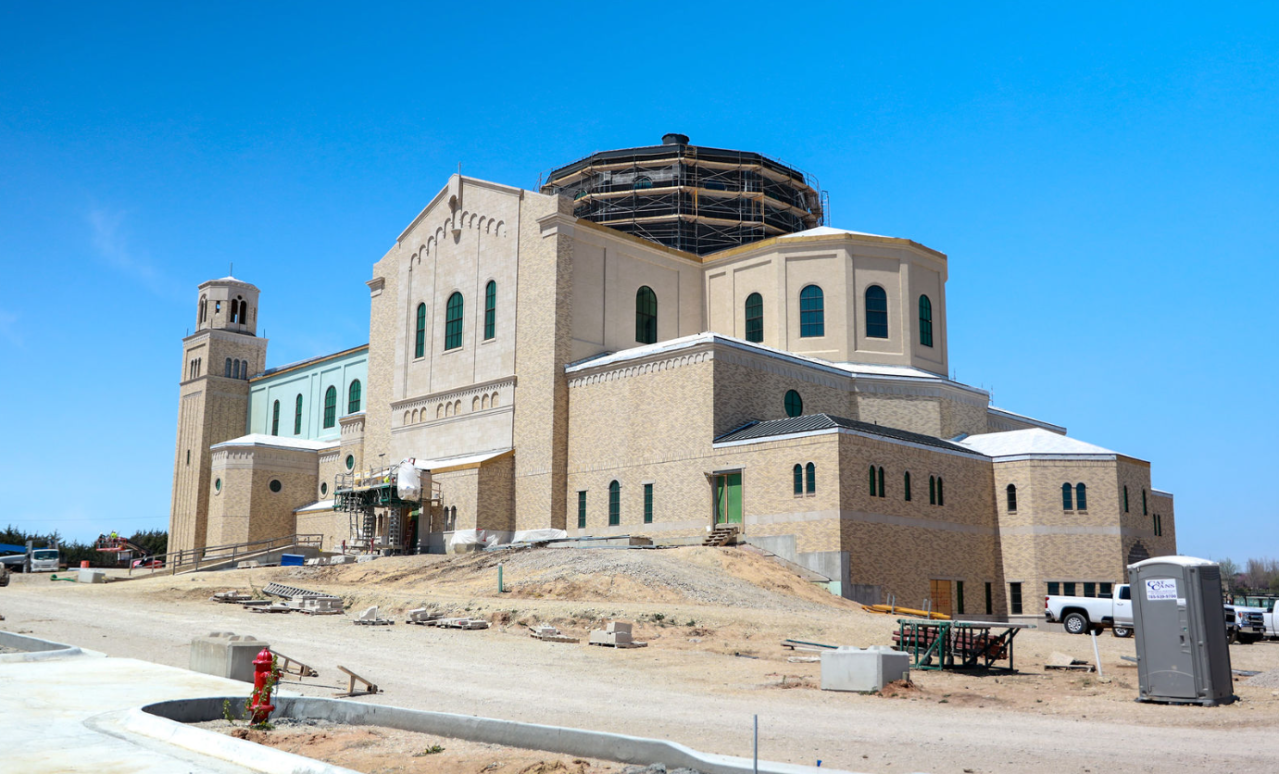 ST. MARYS (KSNT) — A Catholic church in St. Marys is getting a makeover. Check out some of the updates that have taken place lately.

Immaculata Church, nestled in the heartland of the United States, is undergoing a $40 million restoration funded by local and international donors. Since the official start of earthworks on May 31, 2020, the project has made leaps and bounds with the beautification of the old church whose roots date back to its original establishment in 1848.

27 News has reached out to Rector Father Patrick Rutledge of the Society of St. Pius X about recent work team progress and exciting new dates coming later this year that you’ll want to put on your calendar.

Rutledge said nearly all of the masonry work for the exterior of the church has now been completed, including the front facade. The majority of the brick work will be completed this week when the steeples come together.

Artists have also started painting some of the interior ceilings with blue colors that will serve as the background for liturgical artwork. Arches and structural columns also began to be added to the interior, all in granite.

“There’s still a lot going on behind the scenes,” Rutledge said. “Since December we have completed the designs behind the altar and have continued to progress with the statue makers. One of the statues is fully finished and is in marble. The most iconic statue of Our Lady, which will go at the top of the dome, will arrive later this year in December and will be gilded with 24 carat gold.

Below are photos of the progress being made outside the Immaculata.

Rutledge also referred to the addition of five large bells which were cast on December 16, 2021 by the Paccard foundry in France. The bells, one of which is over five feet wide, will arrive later this year on September 10. They will be consecrated in a special ceremony.

The bells will be placed at ground level in front of the Immaculata where they will be anointed with sacred chrism oils and given the names of saints. Sponsors will also be named for each of the bells from Foundry Guild members who are the second highest level of donation for the $100,000 project. These sponsors will have the privilege of ringing the bells for the first time on the day of the ceremony.

Rutledge spoke about the progress made so far.

“To see it rise so quickly is truly amazing,” Rutledge said. “It’s something our project team has dreamed of for years, and our parish members have dreamed of for forty years. It burned down many years ago. We are all trying to reach the finish line here and we all want a beautiful and sacred place for liturgy.

The Immaculata suffered extensive damage in 1978 when a fire ravaged it during renovations. The church then took another hit in 1980 when storms toppled the standing walls causing greater damage.

Below you can see computer renders of what the finished interior will look like.

Regarding the completion date, Rutledge said it should be in March 2023. He is hesitant to set an exact date due to the uncertainties that may arise during 2022 and the fact that the project is at 3, $5 million. meet its renovation costs.

“We now have donations from over 24 countries,” Rutledge said. “I don’t want to assume the generosity of others, but we’re pretty confident we can get to the finish line.”