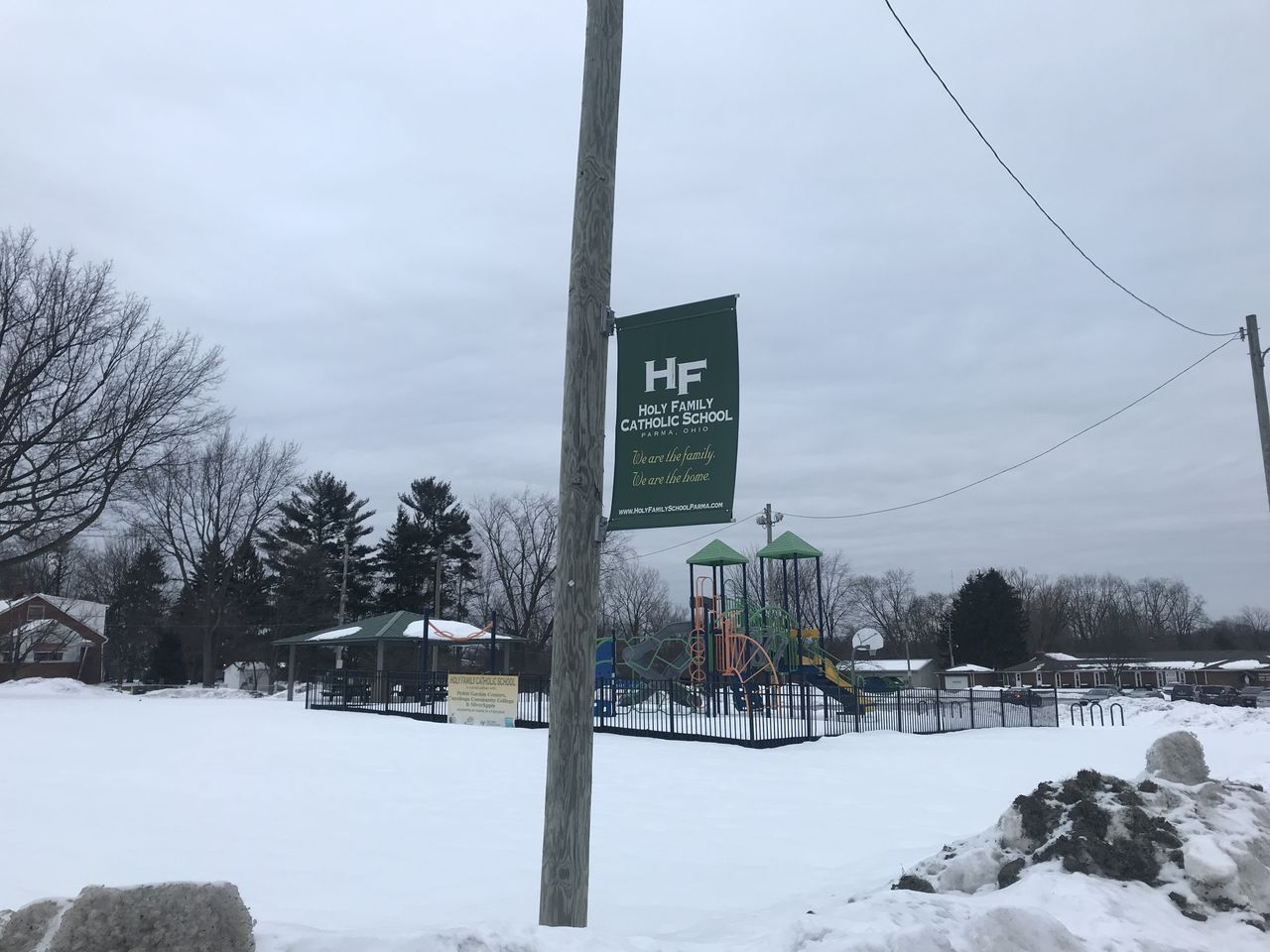 PARMA, Ohio — Just seven years after the Civil War, 11 farm families — out of less than 250 families who lived in the 36 square miles of Parma Township — wanted a place of worship with a pastor and a school.

The result was the Holy Family Catholic Parish, which this year celebrates its 150th anniversary.

The Reverend Richard A. Evans, Holy Family Catholic Parish, helps lead the parish of approximately 2,000 families through the 150th anniversary.

“It’s amazing to me on the same ground right after the Civil War, the legacy of the Holy Family started and lasted for 150 years,” Evans said. “I even understand that in the early 1960s it was one of the largest parishes in Ohio with over 5,000 families.

“It has also been one of the mother churches here in Parma, as other parishes have grown over all these years.”

Holy Family Catholic Parish is currently in its fourth church, the first being built as a wooden structure in 1873, followed by a brick building in 1911. This served as a church until 1952, when a third building was constructed.

However, due to a growing population, a larger building was needed, which is the current present church which opened in 1965.

Holy Family Catholic Parish Communications and Media Chairman Mark Ternes said the 150th anniversary will be celebrated throughout the year.

“Everything we do will feel like an anniversary, but we have six or seven major events planned,” Ternes said. “One takes October 16 where we will have a rededication of the building with Bishop Malesic.

“We will also have a mass and a celebration. The other major event is in November with a kind of community banquet.

Something else exciting and happening concurrently with the year-long celebration is the current six-month, $1.7 million church renovation project that is finding the parish through donations restructuring the altar, as well as adding new pews, lighting and a state-of-the-art audio system. Even the church’s terrazzo floor will receive a new diamond polish.

“We’ve been planning for two years to truly celebrate 150 years of our faith here,” Evans said. “What’s amazing is that what was established in 1872, we’re just trying to keep their legacy alive and create something lasting with the renovation of our church.”

Dulls added. “Everything will be new and pleasant. There’s incredible excitement to see how we’ve married the 150th anniversary to what we’re doing going forward.

As for leading Holy Family Catholic Parish through its 150th anniversary and into its future, Evans called it a privilege and an honor.

“It’s so good to be part of a community of faith but also a community here in Parma,” Evans said.

“It’s so great to be a part of this experience, to give our Lord honor and glory and praise through the things we do, not just the buildings, but the very heart of the belief of the people who are always ready to serve. others through social action groups and many other festivities we have.

Altar is like a family table and is a ‘gateway to heaven’, Cardinal says at dedication of Waldorf church altar – Catholic Standard