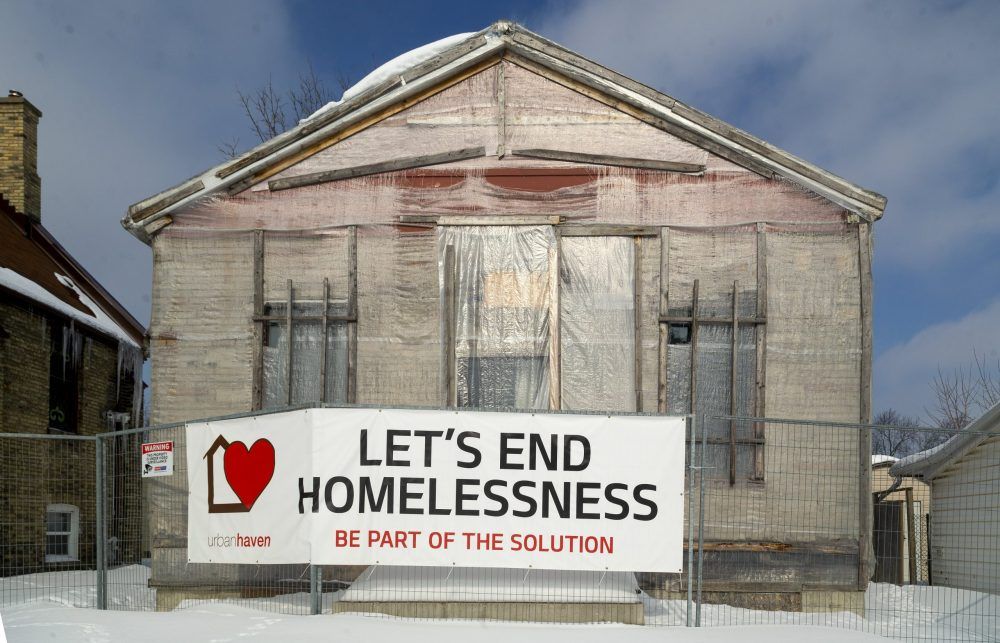 The fundraising campaign for the relocation of London’s Fugitive Slave Chapel received a boost this week with a $5,000 donation from the Roman Catholic Diocese of London.

The fundraising campaign for the relocation of London’s Fugitive Slave Chapel received a boost this week with a $5,000 donation from the Roman Catholic Diocese of London.

“We appreciate that our support will allow future generations to experience this important part of Canada’s history and the role that chapels like this played in helping those who fled slavery to settle after finding freedom in the North,” Bishop Ronald Fabbro said.

The check was accepted by Christina Lord and Carl Cadogan of the Campaign Steering Committee and Tom Peace, Chairman of the Fanshawe Pioneer Village Board, where the chapel will be relocated.

Peace said the campaign to bring the chapel to the pioneer village of Fanshawe and restore it “is progressing well towards our goal of $300,000.” He added that he hopes to make more announcements about the effort soon.

“We are grateful to have the opportunity to support this worthy project to help preserve the history of Black communities that have existed in southwestern Ontario for two centuries,” added Fabbro.

The fundraising campaign kicked off on February 1 to coincide with Black History Month.

Once raised, the money will help move the chapel to a location in Fanshawe Pioneer Village, a living history site with more than 30 buildings on its grounds in north east London.

The structure was once part of the Underground Railroad, which helped runaway slaves flee the United States to southwestern Ontario. Many pioneering black communities sprang up here during and after the slavery abolition movement and before the American Civil War.

A designated heritage building, the Fugitive Slave Chapel is now at 430 Gray Street in Beth Emanuel, a British Methodist Episcopal Church which is the chapel’s daughter church. The chapel was moved there from Thames Street in 2014, saving it from demolition. Pastor Dan Morand said last year that a restoration project was “completely on hold” amid the COVID-19 pandemic.