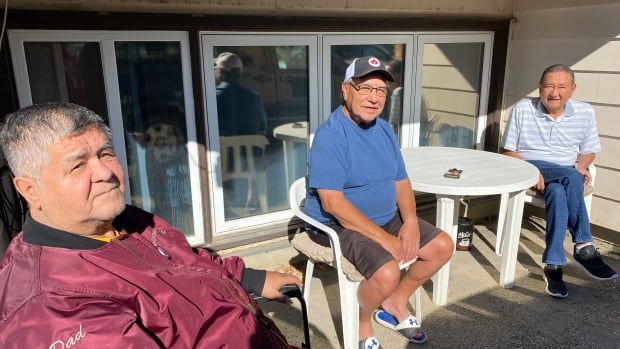 Residential school survivors say they are saddened to learn that Canada’s First Indigenous Justice Minister Jody Wilson-Raybould has not been consulted by government officials on the decision to drop an appeal in a legal case key to them.

In the days after Wilson-Raybould was sworn in, the government dropped its legal action against the Roman Catholic Church’s compensation buyback agreement. This ended the government’s legal attempts to make the church pay the millions in compensation left over from its $ 79 million pledges to survivors.

“That is why [Wilson-Raybould] was here. That’s why this post is there.[â€¦]She certainly should have had the choice to be a part of that decision, â€said Rick Daniels, member of Mistawasis NÃªhiyawak and survivor of St. Michael’s Indian Residential School in Duck Lake, Saskatchewan.

A Crown-Indigenous Relations and Northern Affairs Canada official provided some details on Friday, saying key decisions on the case were made in the days and weeks leading up to Wilson-Raybould’s appointment.

The Harper government launched the call

It was Stephen Harper’s Conservative government in 2015 that appealed the Saskatchewan Court of Queen’s Bench ruling approving the buyout.

Among the grounds invoked for the appeal were the “manifest and overriding errors of Judge Neil Gabrielson in his assessment of the facts”. The government demanded that the decision be â€œoverturnedâ€.

That fall, Justin Trudeau’s Liberals defeated the Harper Conservatives to form a majority government. On November 4, 2015, Trudeau’s first cabinet was sworn in. Wilson-Raybould, a member of the We Wai Kai Nation and former elected regional chief of the Assembly of First Nations of British Columbia, has been appointed Minister of Justice.

Six days later, on November 10, another document was filed with the Saskatchewan Court of Appeal by senior Justice Department counsel. A “notice of abandonment” informed the court that the federal government was choosing to withdraw the appeal. The case was closed immediately. No reason was given.

A source with direct knowledge of the case told CBC News this week that Wilson-Raybould was not consulted even though final court documents were submitted during her tenure. Wilson-Raybould herself declined the CBC’s interview request.

WATCH | The National’s report on how the government dropped its appeal:

Wilson-Raybould was not asked about the Catholic Church’s release from residential school compensation: source

The First Minister of Indigenous Justice of Canada, Jody Wilson-Raybould, was not consulted in 2015 when the federal government stopped pressuring the Catholic Church to respect its agreement to compensate survivors of the residential schools, a source told CBC News. 1:55

In an email Friday morning, Crown-Indigenous Relations and Northern Affairs Canada spokesperson Megan McLean said the decision to drop the appeal was made by the deputy minister of the department, then known as name of Aboriginal Affairs and Northern Development Canada.

She said final negotiations and the buyout agreement were completed during the “hold” period between governments.

CBC News also asked McLean why the official government’s position changed between the launch of the appeal in August and its abandonment in November, and why key elements of the negotiations took place during the transition period and why Wilson-Raybould had not been consulted before the document to suppress the appeal was filed in court by its officials. It is also unclear whether government officials believed Wilson-Raybould could intervene at this point in the process.

She said it might take longer to answer given the “highly legal and governmental political angles” of the questions.

“The First Nations should have played the main role”

George Cameron, also a St. Michael’s survivor and a member of the Beardy’s Cree Nation and Okemasis, said it was wrong to leave Wilson-Raybould out of the process, but it was also wrong to leave out First Nations leaders and survivors.

â€œI think First Nations should have played a leading role in deciding whether or not to sue the church, knowing full well the billions of dollars the church has at its disposal,â€ Cameron said.

“It doesn’t say much about our government and the consultation process they should have had. It gets on your nerves a bit.”

“They didn’t put the survivors first, they put them last,” she said.

Turpel-Lafond, now director of the Center for History and Dialogue on Indian Residential Schools at the University of British Columbia, said it was wrong to make such a monumental decision during the babysitting period, and that there was still time for Wilson-Raybould to have the final say on the appeal.

“I am not surprised that the colonial authorities kept this from [Wilson-Raybould], because those officials and leaders of what is now CIRNAC knew well that if a prominent intergenerational survivor and senior Indigenous lawyer saw him, they would immediately demand a course correction.

Turpel-Lafond calls for an independent review of the roles of government and the Catholic Church in the settlement agreement.

The 2015 case arose out of the landmark 2005 Indian Residential Schools Settlement Agreement. The government and various Christian churches have faced billions of dollars in liability and lawsuits from the 150,000 survivors and their families for decades of emotional, physical and sexual abuse, malnutrition, cultural shame and systemic violations of basic human rights suffered in schools. Schools were run by churches on behalf of the federal government. The Catholic Church oversaw about 70 percent of them, including St. Michael’s.

The Catholic Church was the latest party to join the settlement, agreeing to a side deal with the federal government that promised $ 29 million in cash, $ 25 million in “in-kind compensation” and to do “its best. “to collect an additional $ 25. million.

After several years, the other faiths – Anglican, Presbyterian and United – had paid their full compensation, but the Catholic Church had not.

The case went to court. Documents from the 2015 case recently obtained by CBC News showed that the Catholic Church raised less than $ 4 million, millions of dollars were missing from the $ 29 million cash payment after spending money. millions in lawyers and other expenses, and had claimed millions for Bible study, staff and other work as “in-kind” compensation.

Since the Catholic deal was made with the federal government only, survivors and First Nations were not part of the 2015 case or the decision to drop the appeal.

Following the publication of these details, along with the discovery of hundreds of potential unmarked graves on or near former residential school sites across the country, there have been calls for a boycott of the Mass and a petition to revoke the various tax exemptions from the Catholic Church.

Last month, Catholic bishops across Canada issued a written apology and pledged a new five-year fundraising campaign with a goal of $ 30 million.

Daniels, Cameron and others say this is a positive step. But they say it’s shameful that it took so long to happen and frustrating that it will take another five years to complete. They wonder if this will be another broken promise.

â€œThe power of the Catholic Church, I believe, has a lot to do with what the government has done, no matter how the survivors have suffered and gone through trauma,â€ Daniels said.

“I’m not too happy or excited about it.”