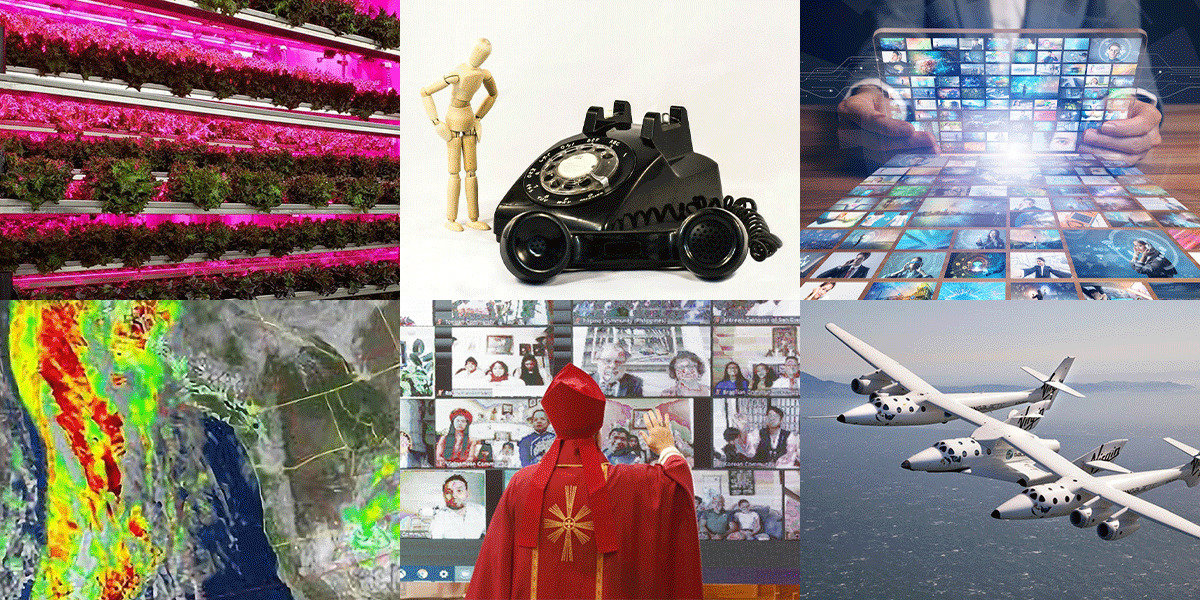 From church to tech, virus continued impact in 2021 – BC Catholic

Twenty-seven columns later, it’s time for another retrospective of the year we just left. When I wrote the flashback to last year, it mostly focused on a single column that I wrote in February 2020, on a still unnamed virus, which has become the focal point of a website. managed by Johns Hopkins University.

Sadly, a year later this site, and many others, remains as important as it is today as the world is grappling with a fifth wave of what has been called COVID19.

While none of my 2021 columns focused entirely on the pandemic, several were directly influenced by it. There were columns about the technology involved in broadcasting in the church parking lot during the time our churches were closed or attendance was drastically reduced.

When British Columbia rolled out its vaccine passport system, we looked at some of the frustrations users felt during those early days. I guess today I could have covered the ArriveCAN app which had major issues a few weeks ago. As attending Mass in person was once again permitted, we covered the end of the Mass live broadcast and parishioners’ calls to continue.

As usual, there was no dearth of scams to write about and there were endless columns on the emails, as well as one involving a reader who nearly fell prey to what i nicknamed the Supremo scam.

Time’s 2021 Person of the Year, Elon Musk, continued to engage readers, especially thanks to his SpaceX company, Starlink, which launched a widespread rollout of its satellite Internet service in Canada that year. . A column featuring a couple in rural Ontario who could now work from home thanks to Starlink generated particular interest from online readers.

Speaking of billionaires, our column on space tourism covered the dueling egos of Richard Branson and his tourist spaceship company Virgin Galactic, alongside that of Jeff Bezos and his company Blue Origin which saw William Shatner rise to the top. aboard the New Shepard starship for a brief jaunt into space.

On a more down-to-earth front, we took a look at the proposed Rogers takeover of Shaw and how it might affect consumers. We also covered Telus’ efforts to drive long-standing customers away from their wired copper connections and bring them to the company’s potentially more lucrative fiber-optic service.

In a more positive light on one of the major telecom companies in Canada, I was able to write about how the Telus-owned Mobile Klinik was able to recover all the data from my mobile after it was crashed. by one or more trucks and almost destroyed.

As in previous years, there was no shortage of chronicles on technological projects with a personal connection. I covered my home aircraft tracking system which provides data to several commercial flight tracking companies, and my setup to capture weather satellite images via radio frequencies. Both of these evolved from the burgeoning field of software-defined radio, which I covered earlier this year, while also explaining that I stumbled upon SDR when someone told me about it. gave a thumb-sized device and basically said “here see what you can do with that.

On a more general level, we’ve covered topics like the competition for streaming dollars (Netflix, Prime, Disney +, etc.) to bring back to service, the fascinating Radio Garden website, the major service outage of Facebook and the 30th anniversary of what was initially known as WorldWideWeb (this column ran for 25 of those years).

One of the most unexpected columns to emerge was on websites that no longer exist. This was born from a decision to move my password management service to the Canadian platform 1Password. Going through the 200+ accounts I had created over the past decade, I decided it was time to delete the ones I no longer used. I was surprised at the number of businesses that had simply vanished, presumably taking with them all the user information requested or required when setting up their accounts.

Thanks to the editorial and design staff at BC Catholic for making a collection of several hundred words look like so much more every two weeks, and for posting my columns at https://bccatholic.ca/ authors / peter-vogel.

Now is the time for the biennial battle with my Internet and TV service provider, which, like many of you, I’m sure, is something I don’t look forward to, and which this time will definitely lead to a price increase in the future.

She Will Prevail – Murfreesboro Voice

Fishtown’s historic St. Laurentius Church to be replaced with an 8-story residential building