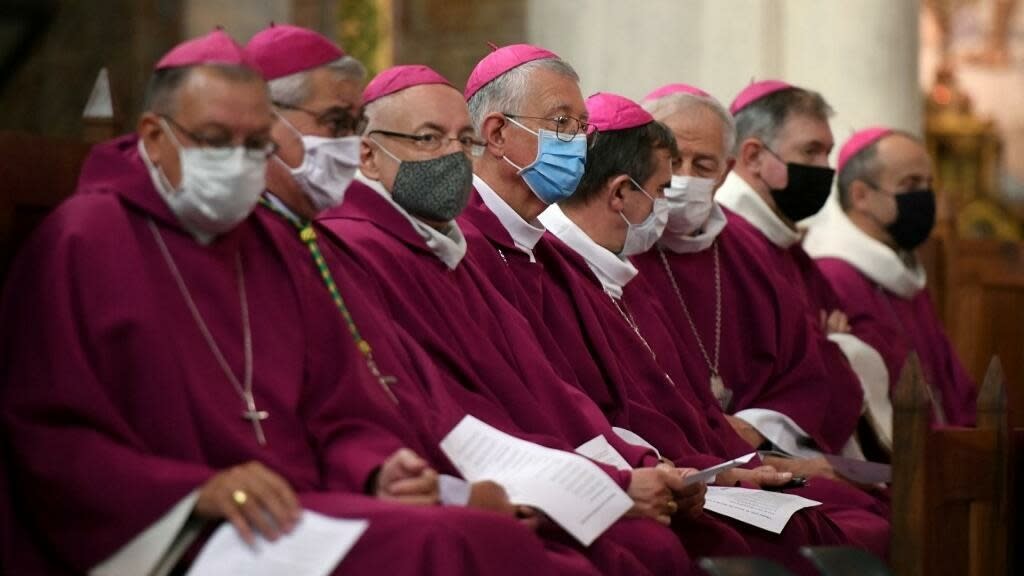 The bishops of France will outline their plans on Monday to compensate victims of child sexual abuse by members of the clergy in a scandal that dates back decades.

The vote, which will take place behind closed doors, comes a month after a devastating independent report confirmed massive levels of child sexual abuse by priests dating back to the 1950s.

The report described what it called the “veil of silence” the Church has cast over the offenses and said that over the decades 216,000 minors have suffered sexual abuse at the hands of priests.

On Friday, the bishops of France formally recognized for the first time that the Church bore “institutional responsibility” for the abuses.

Senior members of the clergy knelt and prayed on Saturday in a demonstration of penance which, while hailed by some victims of abuse, was dismissed by others as an empty gesture.

Activists are asking for details on how the Church is proposing to compensate victims. They also want to know what reforms will be implemented to ensure that abuse never happens again.

The independent committee that produced last month’s report made 45 recommendations for the Church.

Monday’s response will be the “concrete translation” of these recommendations, Luc Crepy, the bishop of Versailles and chairman of the CEP commission in charge of the file, told journalists on Sunday.

During the CEF’s annual conference in Lourdes, bishops considered issues such as financial compensation for victims, changes in clergy training, appropriate oversight within the Church, and matters of doctrine.

Compensation is something the Church in France should be able to put in place fairly quickly, and the CEF has already promised that the first installments will be made in 2022.

CEF spokesperson Hugues de Woillemont said all complaints will be considered whether or not the cases exceed the criminal statute of limitations.

The Church has already announced the creation of an independent body to deal with these cases, and its president is due to be announced on Monday.

Other matters, however, may have been decided higher in the Church hierarchy.

Questions of doctrine still seemed to be a problem last month when the government summoned the Archbishop of Reims, Eric de Moulins-Beaufort.

He had caused anger by claiming that priests were not required to report sexual abuse if they heard about it during an act of confession, and had been forced to retract his comments.

Protecting children from sexual abuse is a “top priority” for the Catholic Church, the archbishop said after meeting Interior Minister Gerald Darmanin – at the request of President Emmanuel Macron.

Pope: True faith known by sincerity of heart, not hypocrisy of appearances