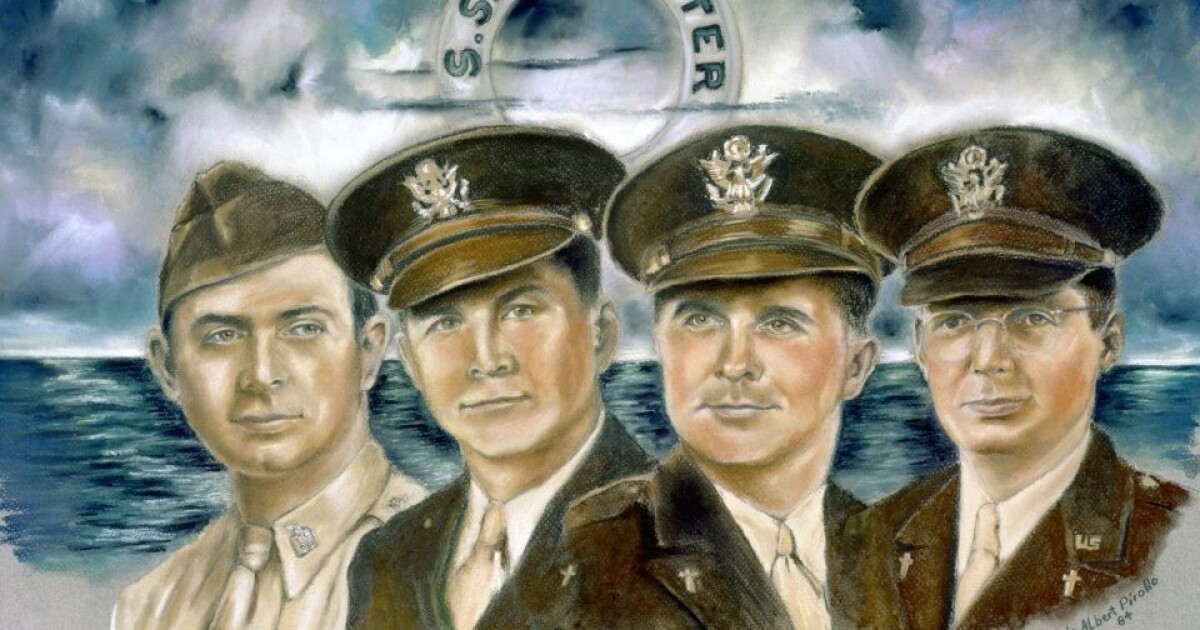 CHURCH POINT, La — Those of Church Point gathered Sunday with American Legion Station 225 to remember four men who made the ultimate sacrifice during World War II.

Once, those in post 225 told me that the country was very divided – but four men from different
paths, ended them the same way – one fateful night – in the service of others.

“They gave up their life jackets and went down with the ship that was torpedoed,” said Carl McGee, deputy commander of the Louisiana State Department of the American Legion.

“They didn’t have to, but they did it because they were men of God,” said Louisiana State American Legion department chairwoman Marie Monroe.

Their names – Reverend George Fox, Rabbi Alexander Goode, Fr. John Washington and Reverend Clark Poling. All men of different faiths – two Protestants, a Jew and a Roman Catholic. All aboard USAT Dorchester on February 3, 1943 – until a German U-boat fired a torpedo that struck the ship, killing hundreds.

“They were last seen on the deck of the ship with their arms bound and their heads bowed in prayer as they made their way to their aquatic graves in the North Atlantic off the coast of Greenland,” the official said. commander of American Legion Station 225, Dennis Hart.

As time has passed, Hart told KATC that it’s now even more important that we continue to remember.

“The four chaplains worked together, they didn’t argue, they were all of different faiths,” Hart said. “But they all worked together to help each other and help save other people so we can all use this unit a lot more right now.”

Those present at the Four Chaplains Sunday event said they hoped this story would not just be told, but taught more in schools, because the future of this country does not just lie in learning from the past. , but in teaching the future.

Justice for nuns within the Catholic Church