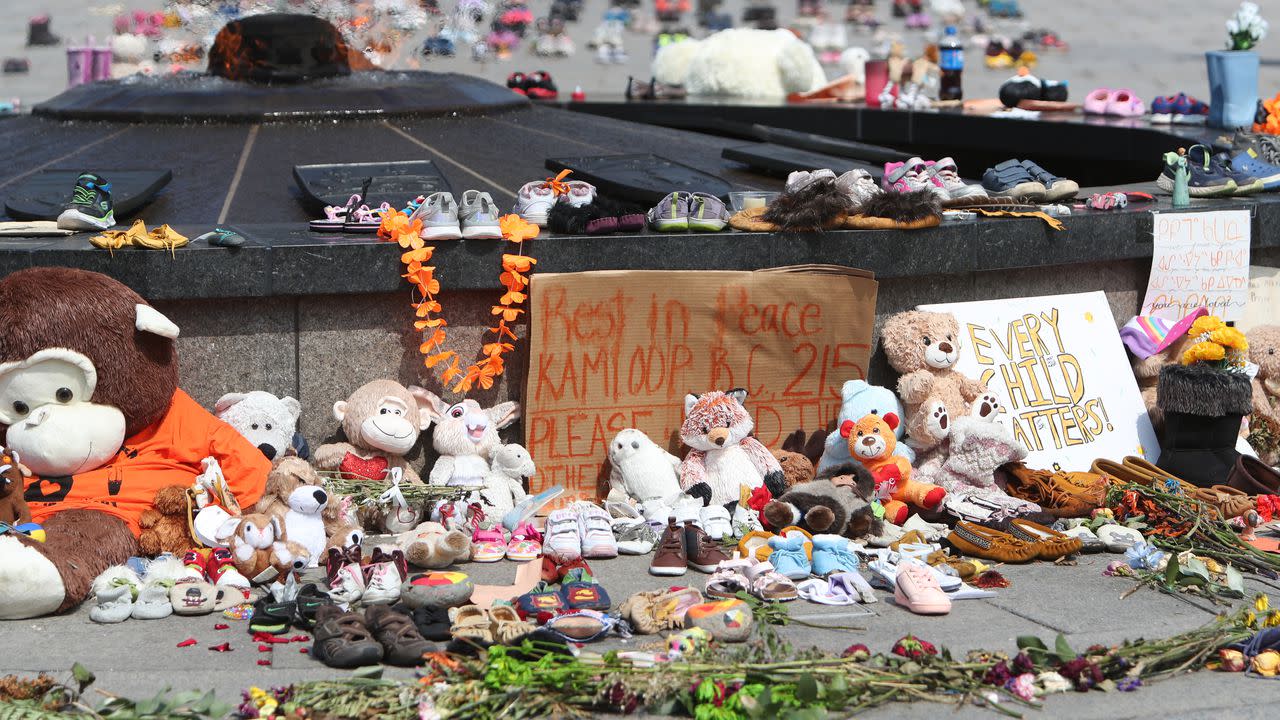 A First Nation in Canada said Wednesday that “hundreds” of anonymous graves at the site of a former residential school had been discovered in the Prairie province of Saskatchewan.

To note : The Cowessess First Nation stated in A declaration the number of graves found is “the largest to date in Canada”, suggesting that it is over the 215 leftovers Indigenous children discovered at a former residential school site in Kamloops, British Columbia, last month.

Stay on top of the latest market trends and economic information with Axios Markets. Subscribe for free

The big picture: Many of the roughly 150,000 children from 1883 to 1996 forced to “assimilate” into white Canadian society by attending schools – mostly run by Catholic missionaries – were neglected and abused in what the Truth and Reconciliation Commission of Canada. Canada determined in 2015 as a “cultural genocide”. “

Details: The Cowessess First Nation said in its statement to news organizations that it had made “the gruesome and shocking discovery of hundreds of anonymous graves at the site of the former Marieval Indian Residential School”, which has been in operation ever since. 1899 to 1997.

What they say : Assembly of First Nations National Chief Perry Bellegarde said in a report that the latest discovery “is absolutely tragic, but not surprising”, as he called on “all Canadians to stand with First Nations in this extremely difficult and moving time”.

What to watch: Prime Minister Justin trudeau said Earlier this month, the Government of Canada would assist Indigenous leaders who asked for help in searching for other mass graves after the discovery of Kamloops.

Benigno S. Aquino III, ex-president of the Philippines, died at 61