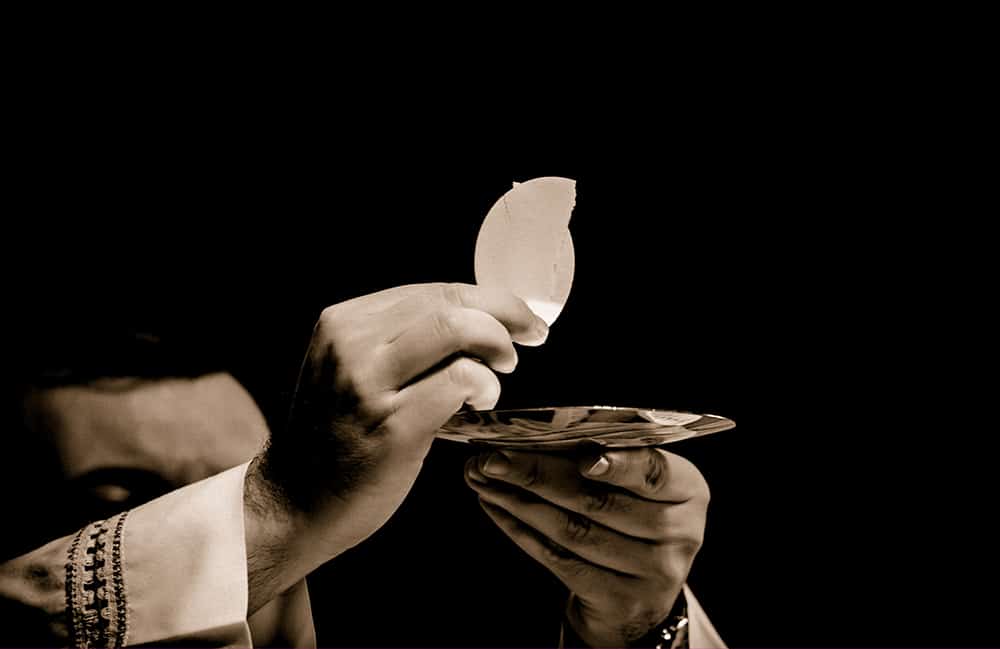 How would you know if you were brainwashed? When something blatantly wrong – contrary to common sense and good reason – is so constantly forced upon you that you are not allowed to question it, that is a good indication. This is the nature of ideology: to impose a position without really establishing it or allowing it to be criticized. We have seen that something clearly opposed to the foundations of scientific fact, such as the nature of sex as male and female, can be quickly imposed on American society through the influence of the media and public education. And, perhaps not too surprisingly, even something as clear as 2 + 2 = 4 has been questioned by progressive educators, such as Dr. Rochelle Gutierrez, turning it into a sign of alleged oppression.

In our time, dystopian novels have become reality. George Orwell has best described the use of ideology in modern political regimes through Double Thinking, Newspeak, and Thought Crime. In 1984, the main character, Winston Smith, is forced to accept that 2 + 2 = 5, showing his allegiance to ideology rather than reality. Orwell speaks of how ideology gains power over the mind: “The Party is not interested in the manifest act: thought is all that interests us. We don’t just destroy our enemies, we change them. This domination does not court any opposition: “It is intolerable. . . that a mistaken thought exists anywhere in the world, however secret and helpless it may be. If truth can flow freely, then ideology will fail.

You might wonder how accepting ideology differs from accepting the mystery of faith, which demands our obedience to God. A key difference is that the revelation of God has meaning even beyond reason. God does not stop our thinking but wants us to ask questions and continue to know him and his creation throughout our lives. Faith cannot contradict reason because they both come from God, his gifts of revelation and creation. You know you are confronted with ideology, however, when it refuses any discussion of opposing views. Catholics have been accused of hatred for refusing to adhere to the new ideology of human sexuality. This ideology claims to really speak about the reality of human life, although it does not add up, contradicts itself and the clear facts of science. The struggle for the future centers on the truth. Without the ability to think, discuss and read freely, it will be difficult to respond to the ideological wave that overwhelms us.

Across the country, however, major book and humanities programs are closed for their emphasis on Western tradition. Cornell West, an African-American philosopher at Harvard, writing with Jeremy Tate, talks about the spiritual tragedy of an American university closing its department of classical studies: “Yet today one of the greatest black institutions in America, Howard University, dims the light of wisdom. and the truth that inspired [Frederick] Douglass, [Martin Luther] King and countless other freedom fighters. . . . The continued campaign by academia to ignore or overlook the classics is a sign of spiritual decay, moral decline, and a deep intellectual narrow-mindedness that is unleashed in American culture. For West and Tate, the cancellation of the Western Canon ends the central conversation about the pursuit of wisdom that touches every culture.

Canceling the quest for wisdom undermines the integrity of our culture itself, like Ray Bradbury’s Fahrenheit 451, another dystopian novel, focused on saving books from the burning fire to wipe them out, explains, “If you don’t want a man to be unhappy politically, don’t give him two sides to a question to worry him; give him one. Better yet, don’t give it to him. The books have proven hostile in the far too real futuristic American society portrayed by Bradbury, undermining the state of contested distraction provided by ubiquitous virtual reality. The fight for the truth necessarily involves the books we read and teach.

In our current culture of cancellation, Catholics are also silenced for speaking out about reality. Amazon recently canceled Ryan T. Anderson, who studied at Princeton and Notre Dame and now heads the Center for Ethics and Public Policy, blocking the sale of his book on his platform for challenging transgender ideology. The book, When Harry Became Sally: Responding to the Transgender Movement (Encounter Books, 2018), provides a well researched and thoughtful response to the movement that is shaking up common sense and millennia of learned wisdom. More so, Anderson shows how we experiment on our children, subjecting them to hormone therapy and surgical practices that have not been proven to be safe or effective. Anderson provides evidence of the ideology at work, through his coercive attempt to force us to accept what contradicts clear scientific evidence: “At the heart of the transgender moment are radical ideas about the human person – in particular, that people are what they claim to be regardless of any evidence to the contrary ”(29).

Anderson does not deny the need to help those with gender dysphoria, although the heart of the books centers on whether or not to accept reality and help others to do so. As Anderson explains, “Determining reality is the crux of the matter, and here too we find contradictions… Is our gender biologically determined and unchanging or self-created and changing? … At the heart of ideology is the radical claim that feelings determine reality. From this idea arise extreme demands for society to play with the claims of subjective reality. Trans ideologues ignore contrary evidence and competing interests; they denigrate alternative practices; and they aim to stifle skeptical voices and end disagreements. The movement must continue to patch up and consolidate its beliefs, control the faithful, compel heretics and punish apostates, for as soon as its furious efforts falter for a moment or someone successfully resists it, the whole masquerade is over. exposed. This is what happens when your dogmas are so contrary to the obvious, fundamental, everyday truths ”(47-48). Not only philosophers like Anderson, but many educators, doctors, scientists and politicians have been canceled for resisting the blatant lies of this ideology.

Does 2 + 2 = 5? Is a man a man and a woman a woman? Regardless of the effect of hormones and surgeries, every cell in the body indicates the biological reality of sex, as well as a myriad of other physical and emotional traits. Stopping the study and the debate does not get to the heart of the matter, the truth of reality and how to help those who are suffering. Ideology doesn’t really focus on tolerating others or creating reasonable accommodation, as it seeks to impose itself and coerce us. The reinterpretation of Title IX manifests an “Orwellian decree” by which sex discrimination, supposed to protect women, now becomes a means of discriminating against them: “The Women’s Liberation Front highlights the strange transformation of Title IX into a means of Deny privacy, security, educational opportunities and equality for women ”(190). Anderson’s book provides essential insight into the goals of the transgender movement and how to address them from a philosophical and scientific perspective. We should not allow the book to be canceled!

The aim of this new ideology is not simply to accept and tolerate a particular position, but, as Orwell recognized, to change us. It is an attempt to redefine what it means to be a human being and to change the way we think about reality. Anything that gets in the way will be canceled or even burned. The rapid success of this movement, along with other ideologies, should give us pause. Do we want our children to think freely and wisely, or do we just want them to comply with what is imposed on them without question?

As Catholics, we are called to think in accordance with faith and reason, upholding the truth, even when it is inappropriate. We are called to continue to form our own minds and to accept the reality of how God created us and how He calls us to relate to Him as the true source of overcoming suffering and difficulty. If you are uninformed and unable to judge correctly and logically, you are more likely to fall prey to the new ideology, especially as it is imposed by government control and big business. We need Catholic freedom fighters, those who want, with charity, to stop burning big ideas and canceling our own faith.

Photo by Fred Kearney on Unsplash