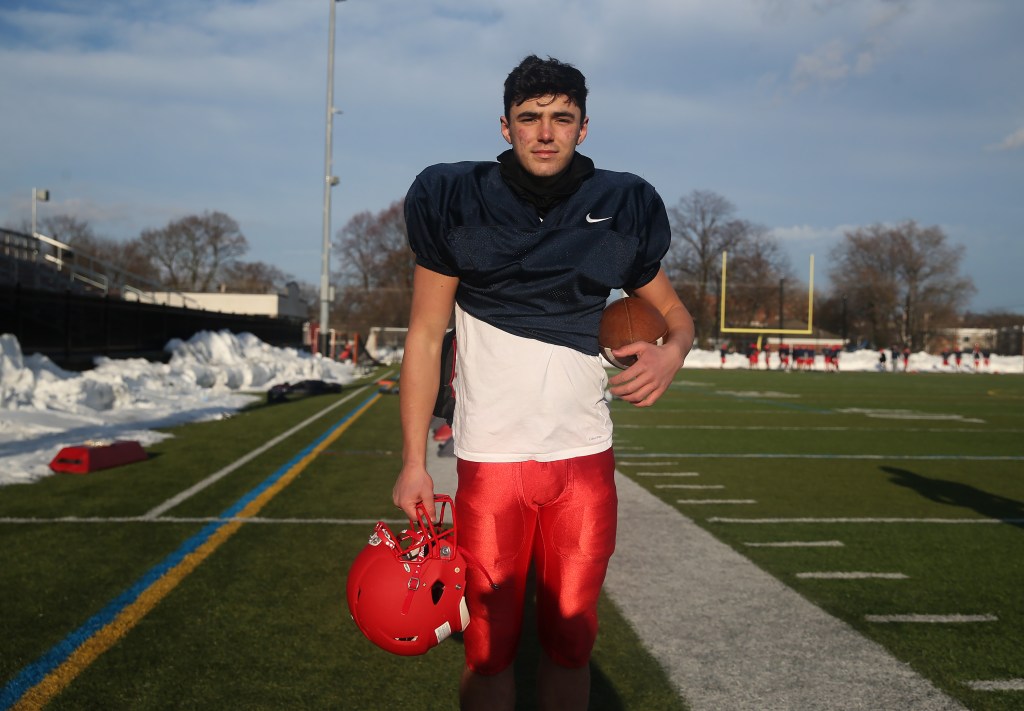 It is rare for a football team to allow more than 40 points in a game and end in victory.

No. 3 Central Catholic and No. 4 St. John’s Prep managed to pull through.

These two teams face off on Saturday (1pm) and it’s safe to predict that if one of these talented teams allows 40 points, they are not going to leave the field undefeated. St. John’s Prep enters the game after beating Central Catholic four times in a row, twice in the playoffs.

Central Catholic gave up 52 points, but managed to drop 67 points over Springfield Central. If there’s any comfort, the Raiders were much better in defense in the second half, allowing just two touchdowns, while forcing three turnovers.

â€œI liked our team character in the second half,â€ said CC coach Chuck Adamopoulos. â€œEveryone knows Ayden Pereira had a good game, but we had a lot of different guys, people like Judge McGrail and Mathias Latham.

â€œWe’re going to have to do better because St. John’s Prep is very explosive up front. They can throw the ball on one set and then open it on the next.

St. John’s Prep took a bit more drama to defeat Marshfield. Leading the game, the Eagles saw Marshfield take a 42-41 lead with 35 seconds left. The visitors traveled 73 yards with Jack Perry to cap off the winning shot by connecting with Jesse Ofurie on a 26-yard TD with five seconds left to give them a thrilling 47-42 victory.

â€œI give our guys a lot of credit for keeping their cool,â€ said St. John’s Prep coach Brian St. Pierre. â€œWe work on a lot of these scenarios in practice, a two-minute exercise, a one-minute exercise, with no waiting times. It was nice to see them take what we worked on in training and do it in the game. â€

Unsurprisingly, both coaches believe the game will depend on which side can neutralize the other the most.

â€œWe struggled defensively last week, but I think we’ll be better this week,â€ said St. Pierre. â€œCentral Catholic has a big play offense and his quarterback will have to be our goal – he’s a very good player. ”

Elsewhere on Saturday, Wellesley and Milford have strong opening week wins and will meet at Wellesley.

Friday’s schedule is loaded with great games. A juicy Patriot League crossover between No.13 Scituate and No.9 Duxbury. The Dragons haven’t lost to a PL opponent since Hingham beat them in 2007.

The Catholic Conference will be in the spotlight as Catholic Memorial # 1 hosts LaSalle (RI), # 5 Xaverian travels to Bridgewater-Raynham, while BC High hosts a talented team from Springfield Central. In Central Mass., St. John’s (Shrewsbury) is looking to get back on track to victory by facing rival Shrewsbury.

An old-school Bay State Conference rival is on the cusp as Walpole makes his way to No.14 Natick. East Boston and Brighton meet in an early-season bragging battle in the city, while Nantucket and Mashpee are the first clash in Cape Town.