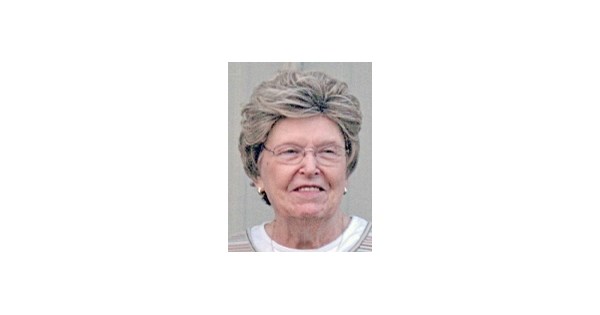 Dorothy Ann Fox, died on September 20, 2021 at Risen Son Christian Village in Council Bluffs. Dorothy was born January 27, 1935 to the late John and Maggie (Kowalski) Mazankowski in Litchfield, NE. Born and raised on the family farm, she attended Litchfield High School where she graduated with the class of 1951. On July 24, 1956, she married Jerome Fox. They made their home in Kearney Nebraska for many years until they moved to Council Bluffs, Iowa in 1973. Dorothy was a devoted wife and mother to their 3 children Cindy, Tom and John. She was a loving housewife and particularly enjoyed spending time with her family and grandchildren. Dorothy always looked forward to returning to Nebraska to visit family and friends, and she enjoyed dancing on polka at the many Mazankowski family reunions over the years. She worked in the cosmetics department of Osco Drug and retired as a supervisor after 24 years. In addition to her parents, Dorothy is predeceased by seven sisters; two brothers; and two siblings at birth. Dorothy is survived by her husband Jerome, 65, and daughter Cindy Fox, both of Council Bluffs; sons, Tom (Marie), of Harlan, IA., and John (Kim), of Hamilton, Il; 5 grandchildren, Sara (Ashleigh), Steven, Cole, Will and Megan; sister Marietta Perlinger, of Grant, NE .; nieces and nephews. Visits on Tuesday, September 28, 2021 at St. Patrick’s Church from 9:30 am to 10:30 am, followed by Christian burial mass at 10:30 am. Interment at Ridgewood Cemetery, followed by lunch at the Walnut Hill Visitor Center. Memorials are suggested at St. Patrick’s Catholic Church.

Prayers continue to flow for the Heritage High School community