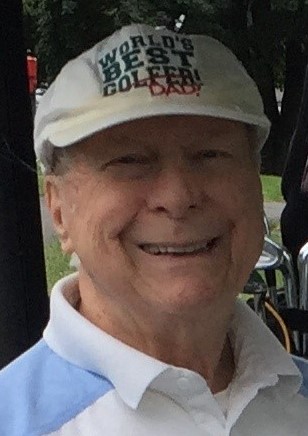 Donald Albert Hartman, 94, from Hellertown, died on Monday, September 20, 2021 at his home. Beloved husband of the late Irene M. (Balik) Hartman. Donald was born in Allentown on June 16, 1927, the son of the late Jonas and Marie (Schmidt) Hartman. He faithfully served our country in the United States Navy during World War II. Donald was an Associate Engineer for Old Western Electric for 38.5 years, until his retirement in 1985. He was a member of St. Theresa of the Child Jesus Roman Catholic Church, Hellertown. Donald was also a member of the Edward H. Ackerman American Legion Post 397, Hellertown, Boy Scouts of the Lehigh Valley and former president of the Hellertown Little League.

Family and friends are invited to call from 10 a.m. to 11 a.m. on Friday, September 24, 2021 at Heintzelman Funeral Home, 326 Main Street, Hellertown. The call time will be followed by the service at 11 a.m. Services will end at Union Cemetery in Hellertown, with military honors to be bestowed by Edward H. Ackerman American Legion Post 397, Hellertown. Expressions of sympathy online can be registered at HeintzelmanCares.com.