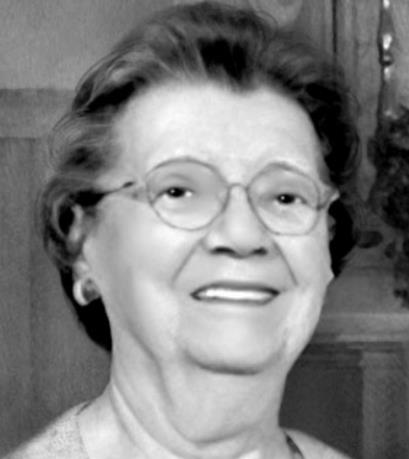 She graduated from St. Mary’s High School in 1949.

Donnie married William Stancel McLaughlin on January 3, 1953. She worked for the Taylor Daily Press and the City National Bank early in her career.

She was a life member of St. Mary of the Assumption Catholic Church where she worked for many years in the parsonage of the church, sang in the traditional church choir, was a member of the St. Anne’s Altar Society and volunteered.

Donnie has fought and survived amazingly ovarian cancer for 45 years.

A funeral mass was held Thursday, September 9 at 9:30 a.m. at St. Mary of the Assumption Catholic Church with Father Keith Koehl as celebrant. Interment followed at St. Mary’s Catholic Cemetery.

In lieu of flowers, donations can be made to St. Mary of the Assumption Catholic Church / School or a charity of your choice.