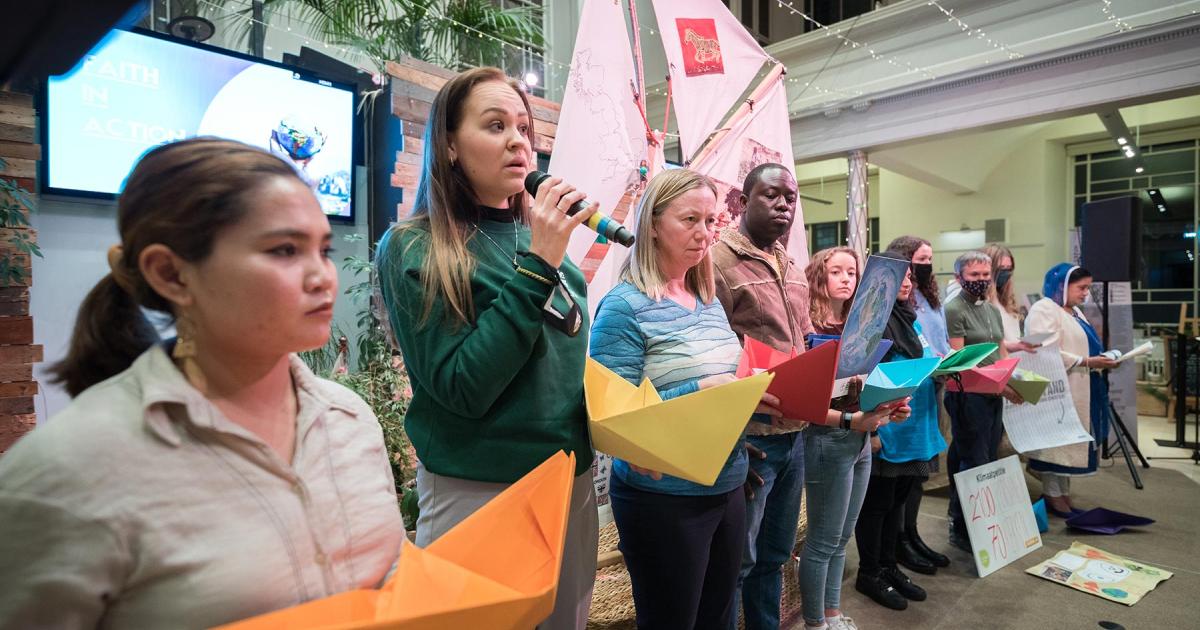 COP26: Believers demand climate justice for the most vulnerable

(LWI) – More than ten faith groups and NGOs gathered on November 2 to call on world leaders to work for climate justice at COP26. The Faith in Action event took place at St George’s Tron Church in Scotland.

The LWF, with the Global Chain of Action and Prayer for Climate Justice, has supported a global campaign ahead of COP26 calling on governments to step up their efforts and commitments to limit global warming to 1.5 Â° vs.

Young LWF delegate Nora Antonsen from the Church of Norway presented the petition on behalf of the Chain of Action and Prayer. “I also represent here the global Pray and Act campaign and all the people who support the campaign, including 40,000 people who have signed our petitions which are handed out today,” she said. â€œI am united with my brothers and sisters in the faith. We call on you to act. We demand climate justice for all and take care of the land we depend on. “

We demand climate justice for all and take care of the land we depend on.

Overall, interfaith partners present at the handover of the petition garnered over 150,000 votes of support, including petition signatures and prayer boats, as well as statements from religious leaders and youth.

This includes calling on governments to:

By the FLM / A. WeyermÃ¼ller

LWF participates in the 26th United Nations Climate Change Conference (COP26) in Glasgow, Scotland from October 31 to November 12. This commitment is part of the fellowship’s ongoing goal to strengthen climate action and advocacy at all levels. Young people are essential agents of change and constitute the bulk of the LWF delegation to COP26. This year 32 young people are part of the delegation.