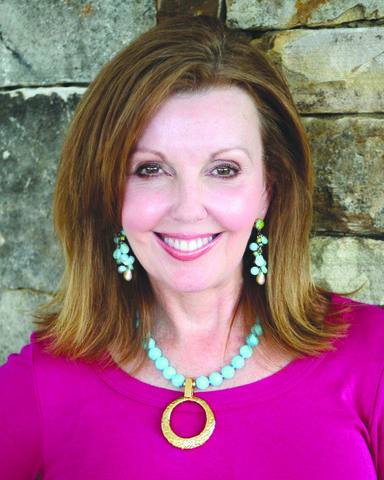 Column: Simple Sunday mornings are the anthem of the South

It is a small country church in which we meet most Sundays for worship.

From the midst of those who gather there, a simple faith emerges, shrouded in humility. Highlanders are â€œhumble,â€ as the Appalachians say, because none of us has ever had enough of being haughty.

These Sunday mornings are powerful for me. It reminds me of the saints from my childhood. Those people who survived thanks to prayer, goodwill, vegetables from the summer gardens and a fattened pig killed after the first severe frost of autumn.

I often think of Miss Irene. Her husband, Mr. John Nix, had been dead for years by the time I remember her, thin, white-headed and slightly hunched forward. I was about nine or ten years old when I saw my father take his gnarled hand in his and ask him gently, after a church on a Sunday, “Miss Irene, how are you today?” “

Solemnly, she replied, “Well, Ralph, I’m not doing too well.” I am suffering from something horrible, but I have decided that I can have my pains in the House of the Lord, as well as I can have them at home.

This is the Appalachian hymn: the righteous believe in a power more powerful than me or my gentle-hearted relatives. Renegades like to pretend they are masters of their own destiny, but sooner or later all knees give way. At least that makes it where I’m from.

In this little country church, people dress their best and come together to sing hymns taken directly from the scriptures we read in the beautiful King James language.

â€œThey Shall Walk With Me In Whiteâ€ theologically sticks to the vision of John the Revealer. It is easier to understand the song than to read the book of Revelation. The songs are full of promise and all are sung in note-shaped harmonies focusing on bass, viola and soprano.

While many songs are written by legendary men like Albert Brumley, GT Speer, Cleavant Derrick and Luther Presley, one of our favorite songs is called “A Child Of The King”, written by Cindy Walker, who was a prolific country songwriter. in the 1940s and 1950s. This remarkably moving song is perhaps the only nun she has ever written.

Every time we sing the song I think of Miss Walker’s biggest hit: â€œYou Don’t Know Me,â€ which was recorded by many but was notable hits for Mickey Gilley, Elvis Presley and Michael Buble. It’s a painfully touching song of a secret love with charming lyrics: “You think you know me well but you don’t know the one who dreams of you at night.”

Legend has it that Miss Walker was inspired to write it because of an unrequited love for Bob Wills, the king of country and western swing.

Goodness, however, “A Child of The King” is a gem: “I was once clothed in the rags of my sin. Miserable and poor and lonely inside. What an admirable writer she was.

When sweet words of prayer ring, I often think of Dad. Whenever he was called to pray, he knelt down and prayed with such humility that his words were bordered with tears. His words come back to me now: â€œBless those, O Lord, who are heartbroken by the return of their loved ones and those for whom we have the duty and the privilege to pray.

And always, he ended by saying: â€œDear Lord, we bow our unworthy heads and give you honor, praise and glory for all this. He prayed in a lyrical and poetic way.

Some people seem surprised that we don’t go to a fancy town church and happily worship in this little country church at the foot of the Appalachians.

We love it. It is a balm for our souls weary of the world and a brotherly love that we cherish mightily.

It is a blessed house for us.

Ronda Rich is the bestselling author of several books, including “What Southern Women Know About Faith”. Subscribe to its newsletter at www.rondarich.com. His column is published every week.