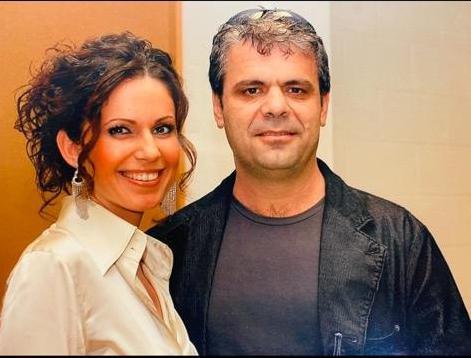 ORANGE – Even as he faced a grim diagnosis of cancer, Chip’s Family restaurant owner George would spend time in the sanctuary of St. Barbara’s Greek Orthodox Church praying for others, rather than himself, the Reverend Peter Orfanakos, pastor of St. Barbara’s Church, recalled on Saturday celebrating the funeral of his friend.

“He was fearless in the way he lived every moment of his life. “He was worried about us” of their prayer time together. “He was a bringer of God’s light into the world.”

More than 200 people said goodbye to Chatzopoulos – in this life anyway, the priest said – at his funeral, followed by a celebratory lunch of life at St. Barbara, where he was a devout parishioner. Many flower arrangements adorned the altar area near the open casket, including a replica of the yellow chip board and the Greek flag.

Chatzopoulos, 55, a gregarious man, proud of his Greek heritage and culture, was as beloved in the community for his philanthropy as his pancakes and the way he made customers feel like family.

Over the years he has hosted or provided food on hundreds of occasions for local sports teams, churches, community events and charity dinners.

“He really helped everyone who came to ask,” Orfanakos said. “He truly embodied what we preach every day in Orthodox Christianity.”

Chatzopoulos bought the original Chip’s in Orange in 2003, taking his younger sister Dina Bajko with him and expanding it to four other communities – Fairfield, Wethersfield, Southbury and Southington – working in philanthropy in all of those communities.

After a nearly year-long battle with brain cancer, Chatzopoulos died Monday in the arms of his sister and business partner.

Bajko spoke poignantly the day after his death of how his brother “gave me a present” by peacefully passing in his arms.

She said at the time, “I can’t explain it, but it was beautiful. He gave me strength and continues to do so.

Orfanakos expanded that Saturday, saying Chatzopoulos’ prayers were always about others and the experience with his sister answered his prayers “in the most beautiful and unique way ever.”

It’s because not only his last breath on Earth in the arms of his beloved sister, but also “his first breath in the paradise of God”.

Bajko told mourners that she and Chatzopoulos, 10 years her senior, had always had a special bond – she remembers him doing the chicken dance to calm her down when she was young.

There is nothing Chatzopoulos cherishes more than spending time with family and friends, she said.

He created another family out of the community, she said. When he greeted people with a pat on the back, a bear hug, a firm grip with one hand, he really meant it, she said.

“If he was here he would tell us ‘I love you’ and we’ll be fine. You have that, she said. “We have the legacy you have for us my dear brother and we will carry it forward for you. You can rest now.

Bajko, and others who spoke over the service weekend, including former parliamentary minority leader Themis Klarides, said Chatzopoulos was the ultimate example of the Greek word “filotimo,” which represents the hospitality, pride, honor, integrity, respect, acts of kindness and unconditional love. .

“It’s like the word was made for him,” Bajko said.

Klarides, who delivered a tearful address at a prayer service during the vigil on Friday, said she wore red rather than black – much to the chagrin of some of the older members of the church – because that she wanted to celebrate her friend’s life.

Klarides said she told Chatzopoulos in the days before her death, “My life was better for you.”

She said Chatzopoulos was dedicated to helping others in part because “he knew how lucky he was.”

Klarides told the story of a friend’s daughter, 9, who burst into tears when she learned he had died because she got to know him eating with her grandparents .

“It’s the impact he had on people of all ages,” she said. “His spirit is with us forever.”

“You left his presence and you literally looked up and said, ‘What just happened? “” noted. “He walked into a room 5 feet before he walked in and he had a way of drawing everyone to him, letting you forget about any problems you may have had.”

Chatzopoulos “lived the American dream,” many said, coming here from Greece in 1988 with nothing and starting out washing the dishes alongside his father. In 1995 he began his entrepreneurial journey when he bought Eats and Sweets in West Haven and then after selling it worked as a general manager at the Athenian Diner in Milford.

He bought Chip’s in 2003 and expanded it to other communities.

“He saw everything as a lesson to learn, as a way to be able to give thanks” and to help others, Orfanakos said.

When cancer was diagnosed, Chatzopoulos came to him and said, “This is not good. You have to help me prepare to die.

says he told his friend he couldn’t do this, but, “I can help you get ready to live.”

Chatzopoulos liked this framing of the situation better, Orfanakos noted.

It was then that he intensified prayers for others.