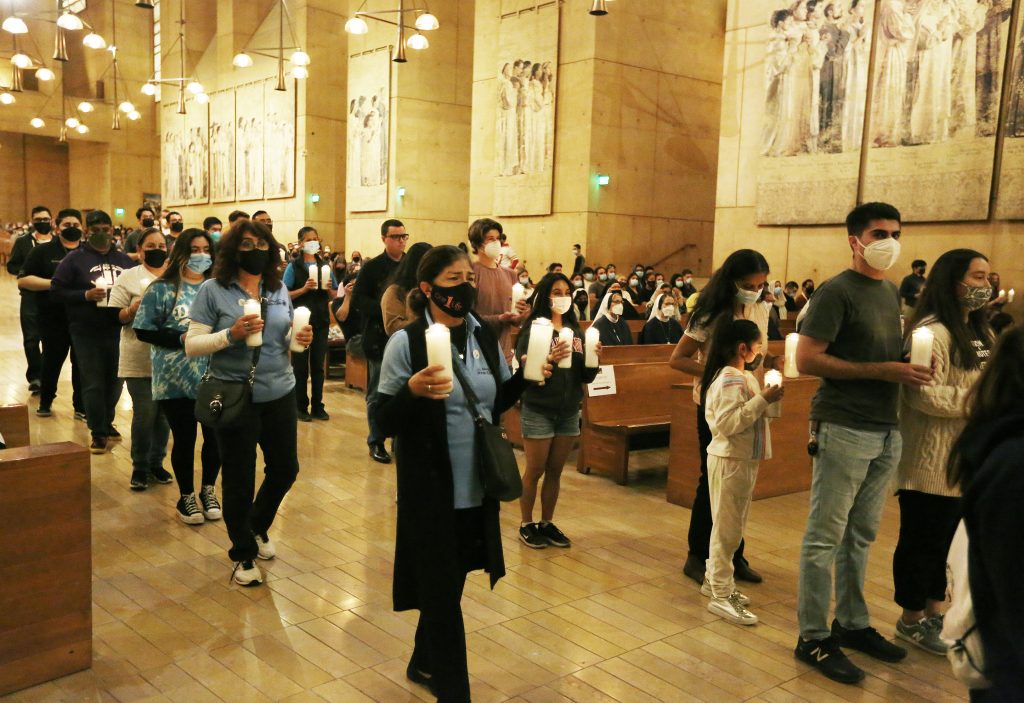 Catholics pray for victims of abortion ‘injustice’ during Requiem Mass

From the funeral cadence of the Knights of Columbus who led the procession through Our Lady of the Angels Cathedral, to the candles lit in memory of unborn babies killed by abortion in Southern California over the past year, Mass of Requiem for the Unborn was clearly an occasion for heartbreak.

Yet the Mass following this year’s OneLife LA event on January 22 was also a call for hope in which Bishop José H. Gomez called for a new commitment “to the task of creating an America where life human being is cherished and cared for”.

The belief that all men and women have “undeniable rights to life, liberty, and equality” is fundamental to both the Catholic Church and the U.S. Constitution, Bishop Gomez said .

Jesus “calls us to free our neighbors from the oppression of individualism and indifference,” he said.

Catholics “can never be satisfied when a member of the body of Christ suffers. We cannot rest while some members of our society are deprived of their God-given rights and dignity.

Congregants place candles along the cathedral colonnade overlooking the 101 freeway in downtown LA after the requiem mass for the unborn on January 22, 2022. (Victor Alemán)

But nearly 50 years later Roe vs. Wade legalized abortion nationwide, “I see the day coming — and it won’t be long — when the dignity and rights of the unborn child will finally be respected and protected. Until then, we must continue the work of building a culture of compassion and caring,” the Archbishop said during the Saturday Vigil Mass.

The prayers of the people included petitions to embrace the gift of life even in the most difficult of circumstances; for officials to defend life from conception to natural death; for women who suffer after an abortion to find healing and mercy through ministries like Project Racheland that God guides all peoples in unity and respect for one another.

Sister Bethany Madonna of the Sisters of Life, who had spoken at the rally, also spoke briefly at the end of the mass, offering hope and compassion to women who had abortions and those who had encouraged this choice.

“May they know they are not alone in their pain,” she said. “Let us also entrust them, with sure hope, to the Father of mercies… who wants to repair broken hearts.

At the end of the liturgy, many people brought large votive candles, which were placed around the altar in memory of the unborn children who lost their lives due to abortion in Southern California. Last year.

As the candles moved forward, Emilie Kruska read a reflection on how each child’s life had meaning and purpose despite “the injustice of an end where there should have been a beginning”.

The candles will be placed in the colonnade of the cathedral and will remain lit for a week, in full view of all passers-by on the highway.

Pope sets day of prayer for peace in Ukraine