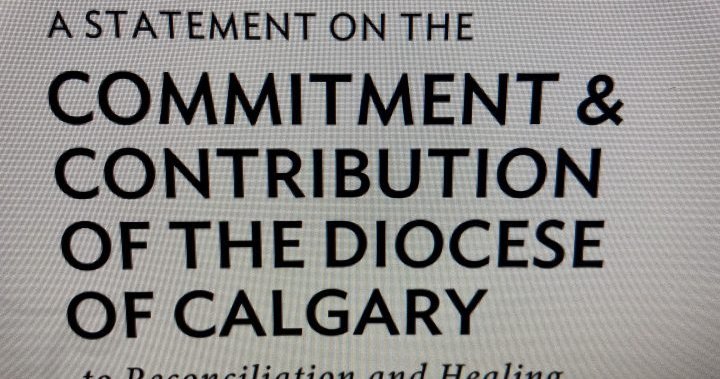 The Catholic Diocese of Calgary has announced that it is pledging money to support residential school survivors.

There were 25 residential schools in Alberta. Sixteen were Catholics.

Now the Diocese of Calgary has announced that steps are being taken to financially support the survivors.

â€œSurvivors have been asking for this kind of compensation since the release of the Truth and Reconciliation Commission report,â€ said Marilyn North Peigan, a Resolution Health Support worker.

In a statement posted on the website of the Roman Catholic Diocese of Calgary, the diocese outlines its plans.

“Bishop William McGrattan consulted with other bishops and diocesan collaborators to stand in solidarity with Indigenous peoples and their leaders on the next steps to be taken to support survivors and address the intergenerational damage caused by residential schools,” the statement said. .

The organization said it was “committed to providing a monetary contribution” as part of an effort to promote “justice and healing.”

The amount of financial assistance will be announced in September.

The diocese stated that of the 25 residential schools in Alberta, four were administered by the Oblates of Mary Immaculate (OMI) and fell within the boundaries of the diocese.

Lawyers said that while the announcement is “encouraging,” there is still a need for a formal apology from the Pope.

“[The church is] trying to undo the damage they’ve done, but when you read it again you don’t see any reference to the Truth and Reconciliation Commission and the 94 Calls to Action, â€said Michelle Robinson, co-founder of Reconciliation Action Group. .

“I know the survivors really wanted an apology from the Pope,” she said. “I’m not sure if the statement is a way of trying not to talk about the Pope’s needed apology, because it’s always a call to action that we’re looking for,” Robinson said.

North Peigan would like the money to be invested in programs to help survivors heal.

â€œI think it’s important to recognize that there is a broken relationship between the church and residential school survivors. Money isn’t going to do everything, but it’s a show that we can start to build a new relationship, â€said North Peigan. â€œWe are also damaged. Much should be devoted to healing and wellness programs.

â€œMy generation in particular – we had a lot of drug and alcohol problems and suicide was a big factor.

Churches targeted by vandals and arsonists after anonymous graves were found at residential school sites – July 2, 2021

Dr Linda ManyGuns, Associate Vice President of Indigenization and Decolonization at Mount Royal University, said she was grateful for the announcement, but was disappointed it was made after the discovery leftovers in residential schools. ManyGuns said the Canadian government must also be held accountable and all churches must be clear with their historical records.

â€œThe government was the employer, and if these churches really wanted to be decent, they would hand over all the files as well,â€ ManyGuns said.

â€œI would like to see them spend all the expenses it takes to bring home all the bodies of all the people who died in the institutions they were running. I think every church should do this, â€ManyGuns said.

3:00
Indigenous priest reflects on family ties to residential schools and the Catholic Church

When the Indian Residential Schools Settlement Agreement was signed in 2006, the Roman Catholic Church agreed to provide $ 25 million in compensation for historic wrongs. Most of this money has not been collected.