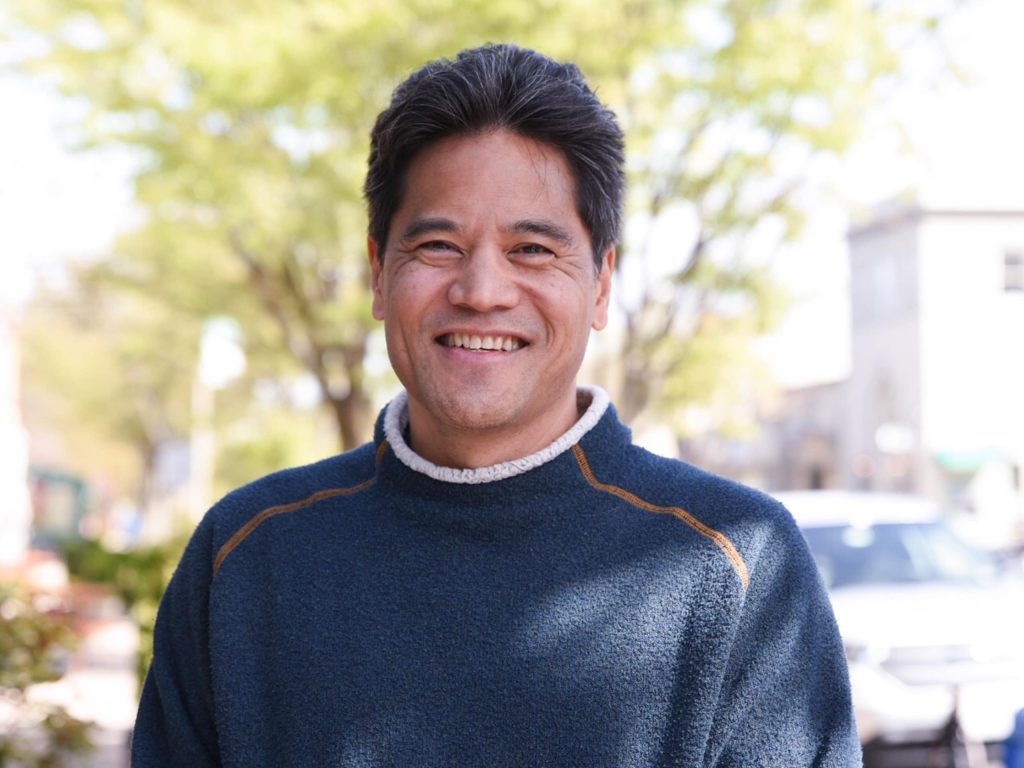 Catholic Climate Covenant, led by a Catholic from Alexandria, works for the integration of creation care

What would it look like if care for creation were fully integrated into the life of every Catholic? How would Catholics shop, travel, and eat if every choice was considered in light of its potential impact on the health of the earth, plants, animals, and humanity? What would every parish look like if it fully embraced the call for sustainability?

José Aguto, executive director of the Catholic Climate Alliance and a parishioner at Good Shepherd Church in Alexandria, wants to help individuals and the church as a whole find out. “God is our creator, and what he created he found good,” he said. “We must be good stewards of its creation. (It) is integral to the fact that we love our neighbor, because if we do not manage our earth in the right way, we harm the ability of our brothers and sisters to flourish.

Pope Francis’ 2015 EncyclicalLaudato Si’, On Care for Our Common Home,” inspired Aguto to work within the church to advocate for a more sustainable world, but his environmental work began before that. The Catholic cradle – who lives with his wife, Danielle, in Alexandria and has three adult children, Anthony, Gabriel and Anna – was born and raised in Baltimore. He attended Brown University in Providence, RI and then served for a few years in the US Army. While attending law school at Villanova University outside of Philadelphia, he decided he wanted to work on behalf of tribal communities. “I asked myself the question: ‘Who are the people most abused by the rule of law or the lack of application of the rule of law?’ And the answer to myself was Native Americans.

For several years he worked for the American Indian Environmental Office of the Environmental Protection Agency. A presentation he heard there changed the focus of his work. “Scientists from the Intergovernmental Panel on Climate Change (IPCC) came to talk to us, and I was stunned by what they were saying and thought I should work on climate issues,” did he declare. “Many indigenous peoples are very attached to their lands, territories and natural resources, and that’s where I learned a lot about what it means to be connected to the land.

Aguto worked in climate change advocacy for the National Congress of American Indians and the Friends Committee on National Legislation, a Quaker organization, before joining the Catholic Climate Convention in 2017. “I felt that I had to work with the church to manifest what Pope Francis was asking,” Aguto said.

The Catholic Climate Covenant was created in 2006 by the United States Conference of Catholic Bishops and other Catholic organizations. Aguto sees CCC’s mission as “weaving green threads into the fabric of the Catholic Church.” It has many resources, programs and initiatives, including a national campaign, “Meet our common homewhich prepares attendees to speak with US senators on building “genuine solutions to the climate crisis” during the week of May 2-6.

The CCC is also spearheading Pope Francis’ call for a seven-year implementation of Laudato Si’ in the United States, an initiative involving the Diocese of Arlington. The Diocesan Creation Care Network is coordinating a series of parish-hosted webinars on topics such as green landscaping and reducing energy waste, and is working on future programming. At the end of the seven years, “We hope that the care of creation will be seen in a meaningful way as an integral aspect of the Catholic faith,” Aguto said. “Right now it’s not on the minds of most Catholics, and (we hope) through prayer, word and deed, that it is.”

Aguto knows the difficulty of trying to be green in the modern world. “Everything we depend on in one way or another was built or is supported by industries that use fossil fuels,” he said. “I think we have to be thankful for the world we have because the fossil fuel infrastructure got us here, but what we need is to be very intentional to gradually move away from where we are. we are moving to a more sustainable place. ”

There are many ways to pray, take action, and advocate for a church and society that better honors God’s land. Aguto thinks reconnecting with nature is a good place to start. “Spend at least five minutes outside just to admire what is God’s creation and to pray – focusing on the breeze, the sun, the leaves, the birdsong, your breath,” he said. he declares. “One of the challenges that we face as a modern society is that we’re disconnected from the earth, from its rhythms, and that’s partly because of the way society is right now – we’re from more and more separated (from nature) (It is a) simple, humble but profound act.

How American Youth Lost Their Religion in the 1990s