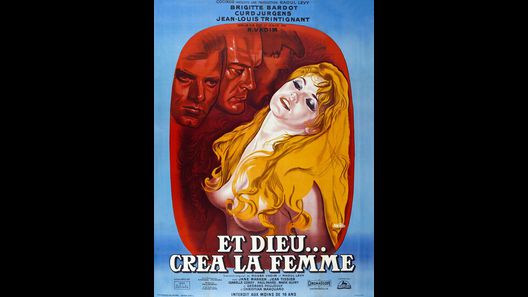 I sometimes felt in the late 1950s that my mom thought it was her job to suppress my sexuality. She was good at it and had help. She found her support system in parish schools, where I’ve seen nuns humiliate girls who wear a little makeup or wear those drab green uniform skirts a quarter of an inch above the knee. Religious brothers gave us boys unnecessary lessons in sex education, always framed in sin, self-loathing and damnation.

These teachers did not know that these lessons were having the opposite of the desired effect. Instead of chastity, they aroused curiosity. They offered the forbidden fruit, which, of course, is always the most desirable.

My orchard, if you will, has been cultivated from photographs of celebrities taken from the pages of popular magazines and New York tabloids. There I was able to find photos of American and European stars and starlets.

I have come to find even their names enthralling: Anita Ekberg, Jayne Mansfield, Gina Lollobrigida, Ursula Andress, Julie Newmar, Sophia Loren, and the hottest object of my young desire, Brigitte Bardot. Captions to her photographs described her as a “blonde bombshell” and, even more seductive, the “French sex kitten”.

What is considered sexy changes, of course, within cultures and across generations. These 1950s movie stars were glamorous and curvy. I didn’t have access to nude photos, so I didn’t know what a woman’s body looked like. Words like cleavage weren’t in my vocabulary yet.

But I knew what I liked, and the look of these women gave me a little shiver, and I liked that feeling, so I cut these photos from the New York Daily News, and I stuck them in an album that grew to about 20 pages.

Of course, my mother – with her radar – would open a desk drawer in my bedroom to find my storehouse of what a moral theologian might have called a “sin occasion.” I never saw him again.

At that time, I was an altar boy, and many other boys were making a little money delivering the Catholic newspaper, the Brooklyn tablet. On Saturday mornings, I would pick up papers from church, load them onto my bike, and drive around town knocking on doors. I think the paper cost five cents, and most people gave me a dime, and a nice man always gave me a quarter.

I was a good little reader and reading the Tablet, I always found my way to the page where recent films were rated for their moral values. If a movie received an A, it meant it could be seen by the whole family. If the rating was a B, it meant it wasn’t objectionable. Most interesting to me, of course, was a C rating, which meant that a particular movie was doomed.

This scoring system was created in the 1930s by a Catholic organization called the Legion of Decency. Many famous Hollywood movies, such as Spartacus, were edited at the last moment to avoid a C note.

In a repressed era, even the titles of the Condemned films could be vaguely titillating: Doll, Bed of grass, The female and the flesh, Summer fruits, The miller’s beautiful wife, Passionate Summer, The naked night. And that only covers 1956.

Topping the list that year was And God created the woman, the film that made me discover the astonishing Brigitte Bardot. Even her initials – BB – looked busty. Then would come his movie The night sky has fallen, and Mademoiselle Bardot’s face, hair, eyes, lips, that incredible body, were everywhere. How I wish I could sneak into the back of a movie theater and see it in action. I was just as likely to repel planes from the top of the Empire State Building.

Many years later, I saw my first Bardot film at home on my television. It was slightly entertaining. She embodied an attractive young woman, with a very liberated spirit for her time. She was a good dancer. She could be funny. And yes, once or twice you could see the shape of her naked body as she was sunbathing or rocking out of bed.

I have to admit watching him got a little pissed off. In today’s rating system, And God created the woman might not even warrant a PG-13. That was it? Do you see Bardot’s right behind? Was it worthy of moral indignation and condemnation?

It angered me even more when I read a recent report from the Diocese of Rockville Center on Long Island which listed more than a hundred clerics against whom there had been commendable allegations of sexual abuse of young people. . I recognized three: my sixth grade teacher, my pastor, and a visiting priest to whom I had once confessed my sins, something about â€œunclean thoughtsâ€.

When I think about my own sex education, I feel a little sorry for the 12 year old boy or girl today. If this child has a cell phone and internet access, it means he has a portal to the most explicit, callous, unrealistic and degrading expressions of human sexuality ever imagined.

PS I just learned that Miss Bardot and Sophia Loren were both born in September 1934. It was a month! Ladies, if you are reading this column, please accept my cheers on your 86th birthday. You two still look so beautiful to me. I promise to visit next time I’m in Paris or Rome. To you for ever.

Roy Peter Clark is a contributing writer for the Tampa Bay Times. Contact him at rclark@poynter.org.