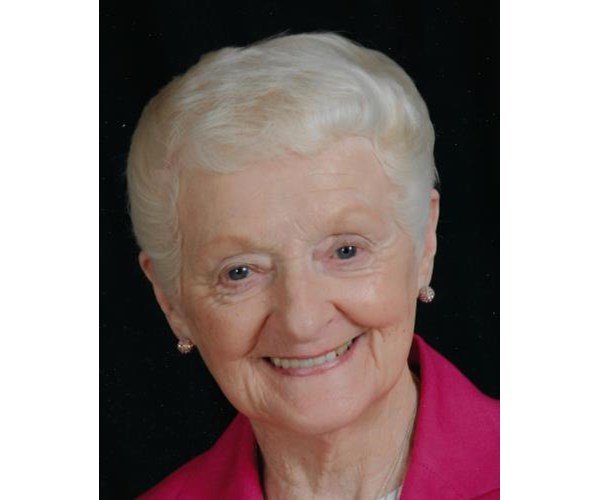 Boneita “Bonnie” Jean (Farrow) Cholish, 90, loving wife, devoted mother, grandmother and great-grandmother passed away on August 29, 2021 at her home in Chesapeake. Bonnie was born October 2, 1930 to the late Clinton and Nisia Farrow. A native of Peckville, Pa., Bonnie first came to the attention of John L. Cholish, Jr. when she was the majorette leading the Armistice Parade in Jessup, Pa. In 1948. John pursued the daughter he he described as the “tall, beautiful, blue-eyed blonde” and eventually won her affection for life. The couple resided in Rockaway, NJ for 37 years, where Bonnie was a loving and devoted wife and mother who stayed home to raise her children. She was a member of St. Cecilia Catholic Church in Rockaway, participating in various religious organizations. Bonnie was guided by her deep faith in God and her Roman Catholic beliefs. Her life was marked by selflessness and patience as she cared for others rather than herself.

After their retirement, Bonnie and John moved to Chesapeake, Virginia. Bonnie was a member of St. Stephen Martyr Catholic Church from its inception and was a founding member of the committee that established the church’s garden for Our Lady Queen of Heaven Mausoleum. Bonnie was also instrumental in the genesis of the church cemetery.

The simpler pleasures in life brought Bonnie the most joy. She was a remarkable cook and baker who enjoyed cooking meals for her family, especially during the holidays. She also loved fashion, shopping, bird watching and spoiling her grandchildren.

Bonnie was predeceased by her daughter, Sheryl Rodimer and sisters Marian Jenkins and Shirley Fanucci. Her memory remains to be cherished, her loving husband, John, who said Bonnie was the sun of her life for 71 years. She will be forever cherished by her children, John L. Cholish, III (Patricia), Julie Cholish-Whitaker (Ty), Marcie Kohl (Paul), Clint Cholish (Sheryl) and Mary Natiello, as well as her stepson. right, Frank Rodimer. She will be remembered as “Baba” by her 14 grandchildren, John Cholish (Stine), Frank Rodimer (Kelly), Jennifer Westenberger (John), Matthew Rodimer (Lisa), Michael Rodimer (Brittany), Cole and Luke Whitaker, Riley, Gavin, Aidan and Declan Kohl, Clinton (Jennifer) Cholish, Brooke Cholish and Spencer Natiello. In addition, she is survived by six great-grandchildren, Jace, Jack and Hannah Rodimer, Harper Molina, Kayleigh Vigilante and Landon John Westenberger. Bonnie is also survived by many nieces, nephews and other extended family members.

The family would like to express our sincere gratitude to Dr. A. Nicholas Terry, Jr. for his loving care and friendship extended to his â€œmother from Chesapeakeâ€, Bishop. Mike McCarron for his friendship over the many years and to the friends of St. Stephen Martyr who prayed and cared for Bonnie and her family.

Visitations will be on Tuesday, August 31 from 5 to 7 p.m. at the Graham Funeral Home, 1112 Kempsville Road, Chesapeake. A funeral mass will be held on Wednesday September 1st at 11:00 am at St. Stephen, Martyr Roman Catholic Church 1544 S Battlefield Blvd, Chesapeake. Bishop Michael McCarron and Father Brian Rafferty will officiate. Interment will take place in the garden of the Notre-Dame Reine du Ciel mausoleum immediately after the service and a reception will follow. In lieu of flowers, donations can be made in Bonnie’s name to the garden of St. Stephen Martyr Our Lady Queen of Heaven Mausoleum.

Bonnie loved her family passionately and words cannot express how much she was loved or how much she will be missed. Please visit www.grahamfuneralhome.com to leave condolences to the family.