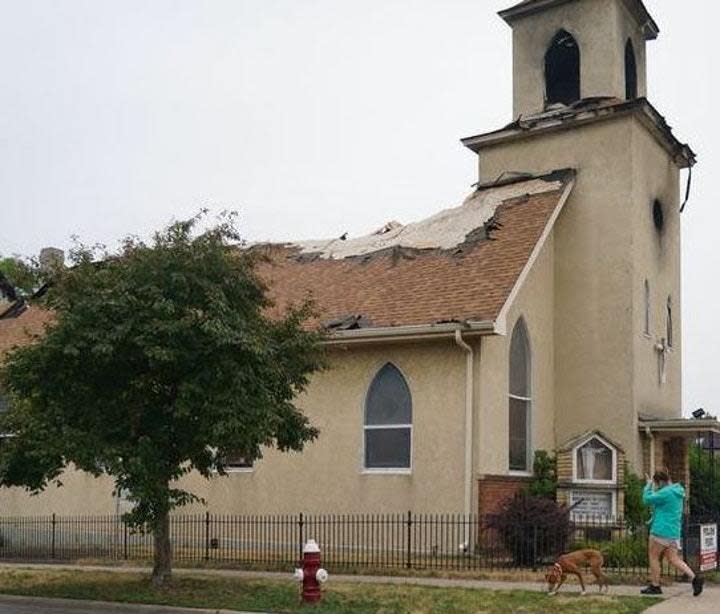 Federal officials are offering a reward in hopes of locating the man who burned down and severely damaged a church last spring in northeast Minneapolis.

The fire passed through the Polish National Catholic Church of the Sacred Heart of Jesus in Minneapolis on April 19, leaving the building in the 2200 block in the northeast. 5th Street with a collapsed and irreparable roof.

US Bureau of Alcohol, Tobacco, and Firearms (ATF) investigators, “who typically respond to house of worship fires, have worked alongside the Minneapolis Police Department and the Fire Department. Minneapolis to determine that the church fire was the result of arson, “read a statement released Monday afternoon by the federal agency.

ATF Deputy Special Agent Jeff Reed said in a statement that surveillance footage showed “an individual who was present in the area as smoke began to rise from the church. “.

And while refraining from calling the man a suspect in the over 100-year-old church fire, Reed said: “We believe this person has valuable information about this fire, and we are counting on on the audience to help we identify the individual.

A reward of up to $ 5,000 is offered by the Minnesota Chapter of the International Association of Arson Investigators for information leading to an arrest and conviction in connection with the crime.

Anyone with information on arson is urged to contact ATF at 1-888-ATF-TIPS (1-888-283-8477), email ATFTips@atf.gov or submit information in a manner anonymous via www.ReportIt.com

The denomination of the Polish National Catholic Church was formed in 1897 in Scranton, Pennsylvania, and is not affiliated with the Roman Catholic Church.