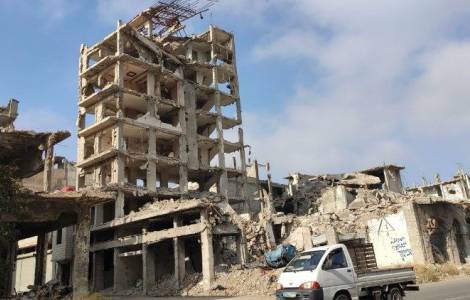 Damascus (Agenzia Fides) – A conference organized by the Assembly of Catholic Bishops of Syria in collaboration with the Congregation for the Oriental Churches and the Apostolic Nunciature in Syria begins today in Damascus. The objective of the event is to coordinate the charitable actions of the Church in the service of the many victims of a conflict that has lasted for more than 10 years and is causing a humanitarian crisis.
The conference, which preceded similar conferences organized by the Holy See in the past, will bring together the bishops of the various Catholic Churches in the country, as well as other representatives of the Church and the many Catholic charities that support the work of the local Church from different parts of the world. Some of them are grouped within the Grouping of Aid Agencies for Oriental Churches (ROACO – Riunione Opere Aiuto Chiese Orientali), which brings together donors from different countries to help Christian communities in the Middle East. Also represented are Caritas Internationalis, the Jesuit Refugee Service and AVSI, which in recent years have promoted the “Open Hospitals” project, to help maintain the operation of the country’s three Catholic hospitals. As keynote speaker at the conference, to which international aid organizations represented in the country are also invited, Cardinal Leonardo Sandri, Prefect of the Congregation for the Oriental Churches, will speak about pastoral guidelines for the charitable initiatives of the Churches Catholics in the country. , and Monsignor Giampietro Dal Toso, President of the Pontifical Mission Societies and Assistant Secretary of the Congregation for the Evangelization of Peoples, who will explain the theological and pastoral aspects that inspire the activity of the Church in society.
This important conference, with the expected broad participation, expresses once again – as confirmed by the Apostolic Nuncio, Cardinal Mario Zenari – the deep concern of the Church at different levels for the good of the entire Syrian population, for a fruitful coexistence between the different components of society and for the reconstruction of a country which after so many years deserves to live in peace and harmony. (Agenzia Fides 15/03/2022)