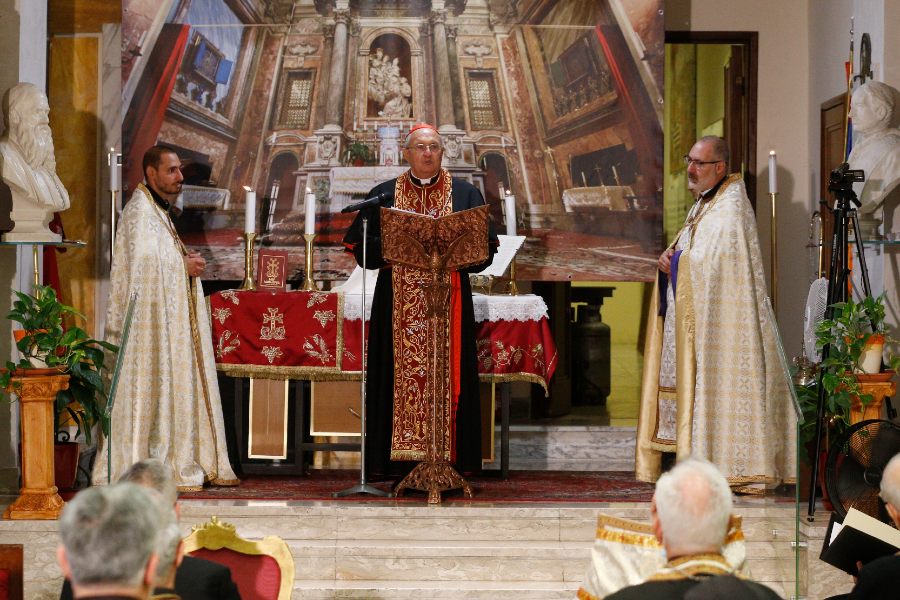 ROME (CNS) – A dozen bishops from the Armenian Catholic Church prayed for the help of the Holy Spirit as they gathered in Rome to begin their second attempt to elect a patriarch for their church.

The bishops met in Lebanon for two weeks from June 22, but no candidate had garnered two-thirds of the votes needed to succeed Patriarch Gregory Pierre XX Ghabroyan, who died in Beirut on May 25.

In accordance with Church law, after the failed elections, the bishops turned to Pope Francis. He asked them to gather in Rome and begin the electoral process again on September 22 after two days of prayer and reflection.

Preaching at the opening Divine Liturgy on September 20, Cardinal Leonardo Sandri, Prefect of the Congregation for Eastern Churches, told the bishops that just as they believe that “the elements of the earth, such as bread and wine â€are transformed by the Holy Spirit into the body and blood of Christ, they must believe that they too can be transformed by the Spirit.

â€œWe who are constituted as ministers of the Eucharist, who invoke in the epiclesis the outpouring of the Spirit of consecration, we sometimes risk placing limits on the Paraclete, keeping in us, in our heart or in our judgment others are gray areas where the only criterion is personal or worse, that of the spirit of the world â€, declared the cardinal.

â€œWith the bread and the wine,â€ he said to them, â€œplace your personal life and that of your brother bishops on the altar, asking for you and for them the gift of purification, transformation and mission.

After decades of persecution and the ravages of war in their traditional homelands, members of the Armenian Catholic Church now live in communities scattered around the world, Cardinal Sandri said. He prayed for the Holy Spirit to guide the bishops because their people “need shepherds who will guide them, seek them and know how to call them by name as the good shepherd described in the Gospel”.