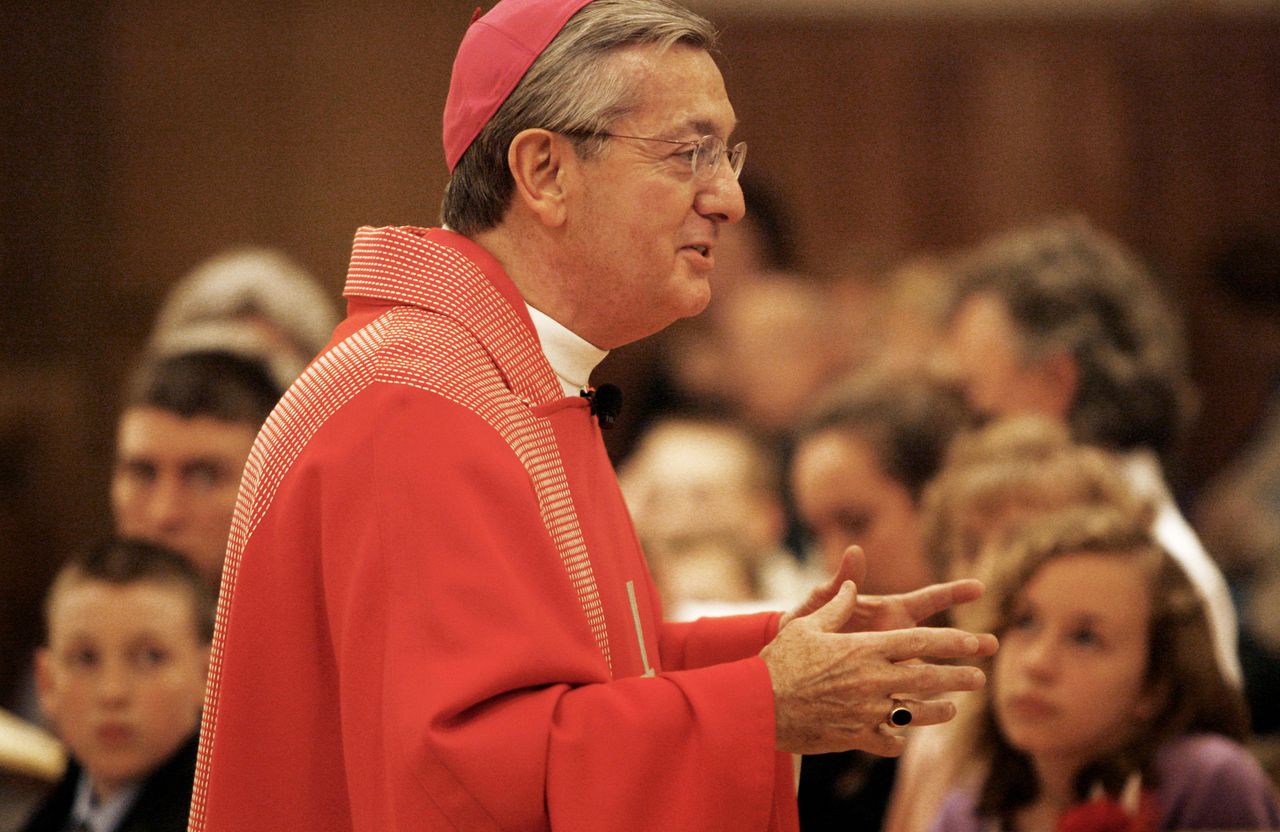 A tribute to the life of Bishop Anthony M. Pilla: Tom Allio

CUYAHOGA FALLS, Ohio – Upon his installation in 1981 as the ninth Bishop of Cleveland, Most Reverend Anthony M. Pilla invited everyone to join him in a â€œPilgrimage of Hopeâ€. He could only imagine the remarkable journey he and the Catholics of northeastern Ohio would take.

His years as bishop were marked by enormous changes which impacted the Roman Catholic Church, this region and the people he loved dearly. Throughout all of this, Bishop Pilla has been unprecedented in his commitment to social justice, peace and the promotion of the common good.

Bishop Pilla was a â€œservant leaderâ€. He celebrated mass with the prisoners in the prisons of northeastern Ohio. It was also common for him to take an apron and serve meals to the hungry at Bishop Cosgrove or the St. Augustine Hunger Centers in Cleveland. These were not photo ops but precious moments in which he met the poorest of us. He expressed to them the love of Christ and affirmed their human dignity.

One Saturday, the Bishop visited a family dairy farm in Smithville, Ohio. After visiting the milking operations, he held an impromptu listening session with the breeders. They wanted their bishop to understand how federal policies questioned their future.

Despite his busy schedule, he rarely missed the opening of an independent living center for the elderly. Ten of these facilities were built by Catholic Charities during his tenure as bishop. In addition, Catholic Charities continued the healing ministry of Jesus with over 100 programs serving 470,000 people per year, most of whom are not Catholics.

One of the Bishop’s most remembered accomplishments is his 1993 pastoral declaration titled â€œThe Church in the Cityâ€. Pilla urged Catholics and others to seek common ground for the common good. He called on Protestants, African American religious leaders, Jews, Muslims and others to join civic, business and public leaders in rebuilding our cities and fighting poverty. The church in the city provided a moral framework for land use policy; encouraged the preservation of agricultural land; and cautioned against policies that contribute to urban sprawl. It sparked conversations about regional cooperation, tax sharing, education, economic development, affordable housing, brownfields and job creation.

Bishop Pilla never sought prestigious positions in the church. His peers, however, recognized his spirituality, insight, and commitment to a model of consensus decision-making. In 1995, he became the first Bishop of Cleveland elected president of the United States Conference of Catholic Bishops. In this capacity, he oversaw the Office for Social Development and World Peace, the national public policy arm of the Church.

In 2001, during a visit to Cleveland, President George W. Bush and the Bishop discussed an issue that was a priority for faith groups, the Child Tax Credit. There are always a lot of factors involved in passing a law. What is known, however, is that the president, after initial internal opposition, enacted the Child Tax Credit Bill shortly after his trip to Cleveland. The effect was to raise tens of thousands of American children above the poverty line.

Through the Ohio Catholic Conference, the bishop guided statements on abortion, euthanasia, the death penalty, poverty, immigrants, housing, health care, racism, covert porterage, tax reform and much more. others. He participated in all the important documents published by the bishops of Ohio.

The expansion of social action in the diocese also occurred under Bishop Pilla. Five Catholic commissions operate throughout the diocese. These commissions have created more than 35 nonprofit organizations, such as food banks, homeless shelters and housing development corporations. They were also seen as influential advocates of public policy.

This is just a small glimpse into the life of a compassionate bishop who has led his church through difficult times. It has clearly been a â€œpilgrimage of hopeâ€.

Tom Allio was the senior director of the Office of Social Action for the Diocese of Cleveland.

Do you have something to say on this subject?

* Send a letter to the editor, which will be considered for the print publication.

* Email general questions about our Editorial Board or comments or corrections on this Opinion Column to Elizabeth Sullivan, Opinion Director, at esullivan@cleveland.com.

The Season of Creation … a time of action